By rejoining the Paris Climate Agreement, the United States under the Biden Administration has acknowledged the seriousness of the climate challenge and the ambition required to meet it. The Biden team’s initial actions have highlighted both the infrastructure and societal dimensions of the problem, and have mobilized agencies and experts across the federal government to address them. This ambition must be accompanied by a means of achieving it. The latest research identifies concrete guideposts for reaching carbon neutrality by mid-century. The U.S. should issue a new mid-century decarbonization strategy to coordinate efforts across all levels of government and the private sector.

Jim Williams, professor at the University of San Francisco and member of the Deep Decarbonization Pathways Network, discusses what actions such a strategy requires and why it is essential to have one.

The United States rejoining of the Paris Agreement announces to the international community the dramatic change of course on climate and energy policy ushered in by the Biden Administration. The U.S. federal government again acknowledges the seriousness of the climate problem and the need for international cooperation to keep global warming below 1.5ºC. The U.S. is accepting the reciprocal responsibilities of a global pact, and the implicit requirement that all countries put their money where their mouth is. The Biden team’s initial domestic actions on climate indicate that they understand both the scale of the challenge and the level of ambition needed to meet it. In broad terms, they have laid out its technological, economic, and social dimensions: that reaching carbon neutrality by mid-century requires a transformation of the energy infrastructure; that this creates an opportunity for an industrial renaissance in the U.S. as manufactured products replace fossil fuels; that an equitable transition for communities and workers dependent on fossil fuel extraction is imperative. Recognizing that the climate challenge touches all parts of the economy and society, the administration has assigned responsibilities for decarbonization across all federal agencies, from Energy to Transportation, Treasury to Commerce, Interior to Agriculture.

These are huge steps, especially in the light of the climate denial of the previous administration. Yet ambition must be accompanied by a concrete strategy for achieving it. Our recent study “Carbon-Neutral Pathways for the United States” in the journal AGU Advances provides guideposts for such a strategy. Based on detailed modeling of the energy and industrial system, we found multiple feasible pathways by which the United States can reach net-zero CO2 emissions, using existing technologies, without early retirement of infrastructure, while maintaining a robust economy, high mobility, and a reliable electricity grid. This can be achieved at a net cost of only 0.2–1.2% of GDP, without counting the benefits for climate, air quality, and health. We found that even reaching negative emissions consistent with returning global warming to 1ºC by the end of this century costs less than estimates for a much less ambitious 2ºC scenario only five years ago, due to continued rapid declines in the cost of solar panels, wind turbines, and electric vehicle batteries. These outcomes resulted from a combination of energy efficiency, clean electricity, electrification of current fuel uses, and a limited amount of carbon capture technology, and were robust to many different assumptions about technology cost, fossil fuel prices, consumer behavior, environmental limits, and societal preferences.

Our work and that of other researchers, such as the recent Princeton University Net Zero America study, show that the main actions needed in the next ten years are quite similar across all pathways to net-zero. Benchmarks for 2030 include expanding solar and wind capacity by three to four times, along with the necessary transmission; eliminating coal generation; halting new oil and gas development; reaching a 50% sales share of zero-emissions vehicles and electric heat pumps; and strict energy efficiency standards for appliances and buildings. The current fleet of gas thermal power plants should be maintained for reliability in a high-renewables electricity system, but these plants will be operated less and less over time, and can substitute renewable fuels for fossil natural gas. Technology pathways to net-zero diverge in the 2030s and 2040s, but questions about the long-term role of biomass, nuclear power, carbon sequestration, and other controversial solutions do not need to be resolved now; there is time for R&D, experiment, and market development if the U.S. takes the other actions in the 2020s that are known with high confidence.

Concerted action across the federal, state and local governments and the private sector needs a blueprint that all can refer to, to send consistent signals to business and the public about where policies are headed and how fast they will proceed. In the last year of the Obama administration, it produced the United States Mid-Century Strategy for Deep Decarbonization, an early example of this kind of roadmap. It is important for the U.S. government to resume producing mid-century strategies soon, and then update them on an annual basis as new information and analytical tools become available.

The first U.S. mid-century strategy was created in accordance with Paris Agreement Article 4.19, which calls on all parties to produce “long-term low greenhouse-gas emission development strategies.” This provision was inspired by the work of the Deep Decarbonization Pathways Project, a consortium of research teams from the 16 highest-emitting countries, who developed their own national blueprints to decarbonization. This project demonstrated to the international community the critical importance of long-term decarbonization planning. While it is not possible to accurately predict all developments decades in the future, it is nonetheless essential to map out the pathways as we see them now. Like holding a torch in a large dark room, a long-term decarbonization plan allows us to at least see the exit door we need to head toward; if the work is done well, it brightly illuminates our next steps. As we proceed, in a few years, we’ll be able to see further steps clearly. Making policy without long-term roadmaps is like trying to navigate the dark room with no torch at all. 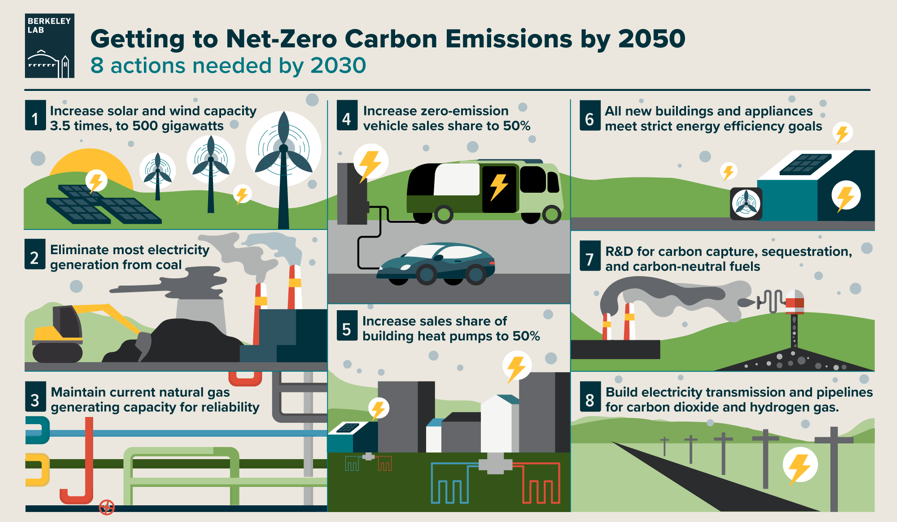 Mitigation ambition in motion: how closer to the 1.5°C goal after COP26?