Despite the gloomy picture provided by adding-up Nationally Determined Contributions ahead of COP26, it is on mitigation ambition increase that the Glasgow Pact delivered a strong political message. Besides the decision text itself, progress lies in the several sectoral and multilateral agreements, as well as unexpected net-zero commitments from a few countries. But will these announcements really trigger actions on the ground at the speed and scale required for achieving the 1.5°C goal? This question is legitimate: most country announcements were not accompanied by detailed strategies to achieve neutrality, and many initiatives and coalitions lacked substance in terms of concrete implementation, or were not endorsed by a critical mass of key players. Understanding what stands behind these announcements, both by sectors or by countries, what enabled them and what is missing to make them more actionable and credible is critical to discern how they can develop and expand across activities in the future and under which conditions they could bring real change. In this blogpost, we look at few examples to distil preliminary learnings.

Forests
On AFOLU, 141 countries collectively covering more than 90% of the world’s forestland signed the Glasgow Leaders Declaration on Forests and Land Use to “commit to working collectively to halt and reverse forest loss and land degradation by 2030”. The declaration follows in the footsteps of the 2014 New York Declaration on Forests, which has failed to make significant progress toward its key objectives of halving the loss of natural forests by 2020 and ending it by 2030. The Glasgow Declaration could be read as an attempt to add renewed momentum in the fight against deforestation, and is signed by multiple countries with active deforestation fronts who did not sign the New York Declaration (most notably Brazil). Moreover, the declaration is already backed by 19.2 billion US dollars of public and private finance to facilitate implementation. However, the Glasgow Declaration opens up for several risks (e.g. primary forests could be replaced by plantations all while contributing to the targets) and multiple question marks remain regarding how it will achieve better results than its precedent. Lessons learnt in the fight against deforestation over the last two decades might hold some keys to success (the chapters on Brazil and Indonesia in IDDRI’s “Ambition Report” provide insights into national approaches to reduce deforestation). A key question to come will regard the transformations of global commodity value chains as well as regional and local land use governance necessary for aligning ambitious targets on deforestation and sustainable economic development, as highlighted by Indonesia’s concerns over how respecting their commitments in the declaration would impact their capacity to develop the national economy. The text itself does not provide any leads regarding next steps in these areas–and has been criticized for leaving the regulation of relevant global value chains vague. Instead, informing thesequestions will require nationally relevant policy-oriented research on long term transformation pathways integrating national priorities (e.g. Svensson et. Al., 2021).

Transport
The UK Presidency’s main transport COP26 declaration enabled to share a common interest in “work[ing] towards all sales of new cars and vans being zero emission (ZE) by 2040 or earlier, or by no later than 2035 in leading markets” (meaning full electric and hydrogen). The coalition is large, gathering 38 governments (including Canada, the UK, India, Mexico, Turkey—but not the US, Japan, Spain, Germany nor France, home to major car producers), 45 local and regional governments (California, Catalonia, Rome), 11 car manufacturers (including General Motors, Ford, BYD – but not Toyota or Volkswagen), business fleet owners and operators, and investors and financial institutions. While about 40% of global car markets are already covered by some type of country, state or city ZE vehicle targets, only 27% of global car sales would be officially ZE according to the current automakers’ targets set by 2040 to phase-out internal combustion engines (ZE vehicles factbook, BNEF, 2021). Such a declaration therefore aims mostly at pushing the remaining countries, states, cities and automakers to align strategies and follow this path. To support this effort, particularly the emerging and developing markets, the UK presidency announced a £4 million initial contribution to the Global Facility to Decarbonise Transport created by the World Bank this year. However, is this declaration enough to support the global passenger transport decarbonization? Recognizing that the upfront cost of electric cars represents already an important issue in developed countries, and expecting than millions of internal combustion engine cars from developed countries will be sold on the second-hand international markets, do we know what policy packages and measures will enable the achievement of these targets in developing countries by 2040? In addition, COP26 missed again the opportunity to support more concrete cooperation to reconnect the agenda of urban development with transport decarbonization, by for example, reinforcing the need to re-develop metropolitan areas to be less car-dependent.

Industry
In addition, while not in the Glasgow decision text, there was very good news for highly traded, GHG-intensive industries at the G20 just before COP and during COP. The EU and US agreed to a framework trade deal to remove tariffs imposed on each other’s steel industries during the Trump administration, and as part of the deal announced they would begin discussions on how to include GHG intensity in trade preferentially. This is the first time GHG intensity has factored in any sort of trade deal, and will likely set a template for how traded in GHG intense commodities is handled. At the COP itself, the Clean Energy Ministerial announced that India, the UK, Germany and Canada would cooperate on creating public lead markets for lower GHG steel and cement, the first international agreement of this nature and critical for building innovation and production economies of scale for ultra-low emission steel and cement. Put into perspective, this was a likely sequel of the Clean Energy Ministerial agreement convened by United Nations Industrial Development Organization (UNIDO) earlier this year to jointly pursue steel and cement decarbonization, and aligned to experts’ call for lead or niche markets for low GHG commodities (creating and shaping markets) to allow steel companies to invest in the first 10-20 plants to fully commercialize low GHG steel technology, after a successful phase of R&D which has delivered the technological option needed to decarbonize most heavy industry.

South Africa Just Transition Deal
The South Africa Just Energy Transition Partnership, where the USA, UK, France, Germany and the EU committed $8.5bn to help fund South Africa’s transition from coal to a “clean energy economy” over the next five years exemplifies how international commitments build on progress on in-country governance structures and analytical preparatory work. The establishment of the Presidential Climate Commission (PCC) in South Africa represented a huge step forward linking climate policy governance, equity and economic policy via commitment to a central just transition concept. Emerging from this process, back in 2020 the president committed to enhancing the NDC and mention a ‘Just Transition Transaction’ (JTT) involving an “$11-billion blended funding facility” to leverage private sector investments to cover ‘social costs’ of electricity system decarbonization and accelerate the transition. Much analysis went into what will be required to support the social costs of the transition out of coal, along with a domestic debate with organised labour and others on how to address distributional issues of the transition1 . Some of the critical conditions were in place to seal a deal in Glasgow. The effectiveness of the deal in delivering the required transformation and both social and climate performance will be key to ensure this type of deal can be an inspiration in other situations. It is also extremely important that this type of “polylateral” agreement is well positioned, monitored and discussed under the umbrella of the universal UNFCCC process, in order to prevent that such pragmatic solutions adopted between a small number of players would be based on very asymmetric power relations between developed and developing countries. Therefore it is so important to continue analysing the functioning and performance of this deal.

Net-zero announcements
Several countries announced net-zero goals in the lead up to, and during the COP, including large emerging economies, such as Indonesia, India and Nigeria. Each of these announcements carries a story and a collection of lessons learned. Well before COP, India saw public as well as private enterprises pledging towards carbon neutrality, with not-seen-before strategies, commitments, and divestments from a range of key actors, including some net-zero goals. Indonesia’s government had developed a long-term strategy through an in-depth participatory process and guided by detailed research analysis of transition pathways exploring different technical and socio-economic trajectories from the present to mid-century. In Nigeria, the government started to develop a narrative where ambitious climate action will foster low- carbon economy, sustainable growth, and the building of a climate resilient society, though perceived with scepticism by a significant percentage of the population.

In all these countries, a strong focus was put into the exploration of Paris-compatible futures through the development of evidence base and dialogues with stakeholders. This is not to say that all declarations of long term carbon neutrality commitments rely on solid foundations, but to provide insights to position the cursor on the continuum of work that will be required country by country to capitalise on these commitments from climate and development perspectives.

What have we learned?

Above and beyond negotiations, the spirit of the Paris Climate Agreement is to secure a solid and progressive increase of ambition over time that effectively turns into action at the necessary speed. Through this lens, abovementioned examples show that gigantic efforts sustained over time are indispensable to prepare the ground for this type of ambition to be materialised.

COP26 has shown that the progress on global mitigation ambition relies on a ratcheting mechanism that is notably geared by: increasing in-country capacity and taking advantage of discussing ambition beyond emissions numbers. In-country capacity directly enhances the understanding of the transformations ahead across all its dimensions, be they technical, social, economic, governance, cultural or political, which are key to turn into action. It also promotes trust among domestic stakeholders, lends credibility in the eyes of the international community and facilitates the identification of key international enablers which can be developed into specific multilateral agreements.

The capacity to discuss ambition beyond emissions numbers and NDCs has a triple effect. Firstly, it incorporates a long-term perspective that can talk to ultimate development goals and systemic transformations. Secondly, it opens the box of the emissions pathways to shed light on other dimensions of the transitions ahead. Thirdly, it creates distinct structures and analytical approaches to reflect differentiated appreciation and nature of the engagement by stakeholders, in between the protection of vested-interested and the collective exploration of alternative futures and their implications (IDDRI, 2021).

COP26 addressed an important shortfall of the current international toolbox for climate ambition that is expected to contribute to both in-country capacity and discussions beyond emission numbers. The gap is the lack of strategies that are sufficiently detailed, ambitious and actionable to capture the full set of opportunities and constraints of carbon neutrality for different actors, along with a large disconnection between these strategies and NDC in most countries. The Glasgow Pact establishes a new mandate for the development and regular review of LT-LEDS (para 32 to 35), as well as noting the importance of enhanced support for developing countries and the need to align these strategies with NDCs. If this work is effectively taken up at country level, the real test of its usefulness as a cog will be at the 2023 Global Stocktake, when the pieces of evidence and faculty to close ambition and action gaps should fall into place.

Research Fellow, Climate and Land Use 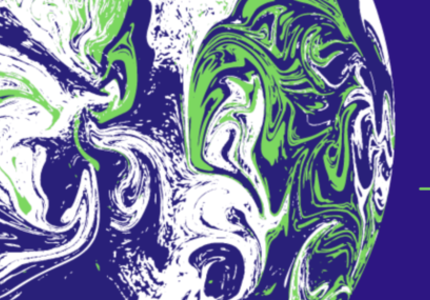