The health and socio-economic crisis related to the Covid-19 pandemic has hit the preparation process for the COP15 of the Convention on Biological Diversity (CBD) hard. Initially scheduled for October of this year in China, it will take place at the earliest at the end of next spring. Despite many delays and postponements of important intermediate meetings, the collective work has nevertheless continued over the last six months. The United Nations Summit on Biodiversity, to be held on September 30, should serve to restore political momentum and reaffirm the importance of COP15. It is necessary to take stock of the progress made and of the main issues that remain to be addressed to build the post-2020 global framework on biodiversity, as well as the political momentum needed to ensure its ambition and support its implementation.

Six months of international work despite the distance

On February 24-29, 2020, at FAO headquarters in Rome, the last "physical" meeting to prepare for COP15 was held during the Second Meeting of the Open-ended Working Group on the Post-2020 Global Biodiversity Framework (OEWG-2). The agenda was very dense: all CBD member countries and civil society actors were invited to express their views on the "zero draft" text to be adopted at COP15. The negotiations had fulfilled their main objectives, and a very dense political and technical sequence was to take place over the next six months. The initial schedule, in broad outline, included important and very close milestones. In May, countries were to meet during the sessions of the CBD's subsidiary bodies in charge of scientific and technical matters (SBSTTA) and implementation of the convention (SBI), which were to make progress on the quantitative components (options for the quantification of post-2020 targets, indicators, etc.) and on key elements of the future international framework, notably the new system of accountability and transparency (to monitor implementation more closely and be accountable for progress) and a set of new institutional arrangements to better connect international governance of biodiversity with, for example, discussions on agriculture at the FAO or on chemical pollution in the dedicated conventions. Other major topics, such as financing or mobilization of economic sectors, were also to be addressed.

Together with other thematic meetings, all of this was to feed into the work of the two co-chairs of the negotiating group on the post-2020 framework, which was to produce a new "first draft" text by June, in preparation for the third negotiating session (OEWG-3) to be held in late July in Cali, Colombia, the last stage of negotiations before COP15, scheduled for October. In parallel to this more "technical" sequence, a political sequence was to be used to create as much momentum as possible to support the ambition of COP15 and to lay the groundwork for the implementation of its decisions. The IUCN congress, which was initially scheduled to take place in June in Marseille, and the One Planet Summit, which was to be the opening event, was to help consolidate coalitions of ambitious countries and actors just before OEWG-3, and the UN Biodiversity Summit on September 30 was to serve as the final impetus before the COP15 negotiations.

The crisis has obviously reshaped this schedule, and it is in virtual form that work has continued and advanced on various technical points: the numerous documents in preparation for the SBSTTA-SBI session have almost all been drafted and put online, with the organization of consultations (written comments sent to the convention’s secretariat) open to countries and non-state actors. In early September, the two co-chairs updated the "zero draft" to reflect their vision of the state of discussions since Rome. Virtual sessions were organized in September to start discussions on the technical elements to be addressed by the SBSTTA. The linkages between biodiversity and human health topics have taken more prominence in the discussions, and will require further strengthening in the coming months to learn lessons from the current crisis.

Strengthening coalitions of states and actors

Around the multi-stakeholder process, the work of mobilization and coalition building continued. On the country side, a declaration signed by 64 heads of state was made public on September 28, affirming their ambition for COP15 and, more broadly, their support for biodiversity within the framework of the 2030 Agenda for Sustainable Development. This coalition, whose commitments in principle are asserted with some force, currently has some major absentees (none of the BRICS, nor the United States, for example), but it should nevertheless be joined by other states in the coming months. Politically, this is an important step on the road to COP15, as it marks the structuring of an intercontinental coalition of states, which should hopefully find it easier to agree on the texts to be adopted at COP15, and collectively join forces to push for the highest possible ambition.

There is also a positive dynamic on the side of non-state actors. This is evidenced by the increasing number of announcements coming from businesses, and more recently from the financial sector: on September 25, a coalition of 26 international financial institutions, representing 3 trillion euros in assets under management, pledged to put its activities at the service of the protection and restoration of biodiversity. Even if these coalitions need to further scale up, and perhaps above all improve the precision of their commitments and the accountability associated with them, this dynamic of non-state actors, to which other entities such as sub-national governments and cities also contribute, fulfills an important function in aligning the discourse and expectations vis-à-vis COP15 and the implementation of its decisions in the coming decades.

Major work streams and an environmental front to be strengthened, in an uncertain political sequence

While these advances, which have been made despite the health and socio-economic crisis, are to be welcomed, there are still many projects to be completed in the coming months. On the text of the post-2020 framework itself, many elements on the objectives will still be negotiated between now and COP15, and several of them will probably be tough. On key elements for implementation, such as the mainstreaming of biodiversity and the transparency framework, negotiations have not yet formally started! And the same goes for the financial component, which is key to obtaining an ambitious agreement. We will have to wait until the SBSTTA/SBI session can be held formally, online and/or in a physical meeting, to begin the more concrete collective elaboration of these chapters of the post-2020 framework.

In other words, the major issues that we had already highlighted, before and after the Rome session, remain relevant; and there are also important new constraints and uncertainties linked to the context. The COP15 remains announced for May 2021, but the date is obviously very uncertain. If it were to be postponed to the end of the year, like COP26 on climate, a scenario (itself optimistic at this time) for the coming year would be to see the SBSTTA-SBI discussions concluded in early spring, so that the Cali meeting (OEWG-3) can be held in early summer. It remains possible that the One Planet Summit, announced for January 11 by French President Emmanuel Macron, could be maintained. Colombian President Iván Duque announced on September 28 that Colombia would like to host a pre-COP at the time of OEWG-3, to contribute to the political momentum on the road to COP15.

It is therefore a recomposed sequence that could take shape, of which the United Nations Summit on Biodiversity on September 30 would, in fact, mark the new beginning: followed by a One Planet Summit, then a major "technical" meeting (SBSTTA-SBI), a pre-COP, a session to negotiate the text, and finally the COP15. Around this "backbone" of events central to the biodiversity negotiations (to which one must add the hopefully reprogramming of the IUCN congress), several other moments will be important to discuss key issues, such as the 5th UN General Assembly for the Environment (UNEA-5) or the UN Secretary General's Summit on food systems.

This last example illustrates a broader challenge, both for COP15 but also for the implementation of its decisions and the transformations of economic sectors that it implies. Another important event of the last six months was the publication, on 15 September, of the fifth edition of the Global Biodiversity Outlook, a report evaluating the implementation of the CBD, which concluded that none of the twenty Aichi Targets, adopted in 2010, had been fully achieved. This is a general warning on the magnitude of the challenges for the implementation of the decisions to be taken during COP 15: no matter how ambitious they are, achieving the future biodiversity targets will be very difficult without major reforms in public policies, regulations and economic models. This was already a daunting challenge, made even more complicated in a post-Covid-19 reconstruction context where environmental objectives are likely to be further sidelined. This is true for biodiversity, but also for climate: strengthening common fronts between these subjects, to push together for transformations towards more sustainable models of society, becomes an even more strategic imperative. The possible proximity of the COPs of the three Rio conventions (climate, biodiversity, desertification) at the end of 2021 could be an opportunity to make progress on this important issue. 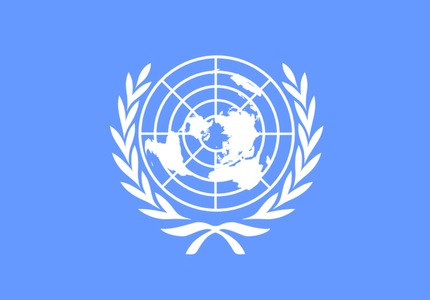 United Nations Summit on Biodiversity: first landmark in the fog of a stalled political agenda 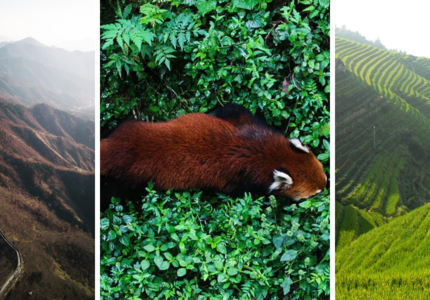