In its Article 4.19, the Paris Climate Agreement invites all Parties to “strive to formulate and communicate long-term low greenhouse gas emission development strategies”, the so-called LT-LEDS. Based on an assessment of the LT-LEDS that have already been submitted since the Paris Agreement and in order to guide the development of the ones under preparation, this blogpost seeks to identify some key characteristics that would define a “good” LT-LEDS,  acknowledging two interlinked roles of this instrument. On the one hand, it can support the ratchet-up ambition mechanism of the Paris Agreement by informing the Nationally Determined Contributions (NDCs) in relation to the Global Stocktake to be held in 2023. On the other hand, it can deliver a number of concrete benefits for country-driven decision-making processes. We hereafter present six key questions to be considered in priority when assessing an LT-LEDS document.

Does the LT-LEDS explore the challenges and opportunities of carbon neutrality?

LT-LEDS are a key instrument to explore options at the country level in order to implement the far-reaching systemic transformations required to achieve development goals in a context of carbon neutrality. As an exploration tool, LT-LEDS can explicitly render the challenges and opportunities created by the structural transformations needed to reach carbon neutrality, confront the consequences of alternative pathways towards this end goal and inform the differentiated consequences on various actors, including winners and losers. As such, it can inform decision-making towards the implementation of the country-level transformations towards carbon neutrality, consistently with key socio-economic priorities.

Does the LT-LEDS explicitly and transparently connect short-term and long-term objectives?

The ambition of a country is defined both by its short-term engagement (NDC emission target, date of GHG emissions peak) and its long-term goal (date of carbon neutrality achievement). These dimensions are sometimes considered independently despite their unescapable links. This creates the risk of inconsistencies given the path dependencies arising from potential inertias and lock-ins of short term decisions, because actions in the short term fundamentally condition the possibilities at a longer-term horizon. A key role of the LT-LEDS is to tie these dimensions together and to define a clear and transparent pathway that explains how the short-term actions lead to long-term objectives. To this aim, the LT-LEDS should include a detailed assessment of the sequence of actions undertaken at different time horizons and in different sectors and the resulting socio-economic and emissions pathways, in order to establish an explicit link between emission levels in 2030, peaking date and neutrality date.

Has the LT-LEDS been developed in close consultation with domestic stakeholders?

LT-LEDS can also be a relevant instrument to build domestic ownership of the Paris-compatible transformations, as it offers a space for exploring decarbonization options and organizing stakeholder consultations more openly than the NDC. Indeed, the non-binding nature of the LT-LEDS allows a more flexible organization of the process with less international pressure and its longer-term perspective allows considering a wider range of possible futures offering transformational, rather than marginal deviations from current trends. LT-LEDS can therefore provide a space for discussions framed around the collective exploration of alternative futures and their implications rather than the preservation of vested short-term and deeply anchored interests. The development of LT-LEDS should involve in-depth consultations with representatives of key sectors to guarantee the relevance of the outcome in the national context and to maximize key players’ buy-in.

Does the LT-LEDS support the identification of specific requirements from international cooperation that will enable the country transition?

The scale of the transformations required for Paris-compatible transformations goes beyond the power of any individual country. Rather, the national transformations can happen only in the context of a global trend towards deep decarbonization and notably through ambitious and structured international cooperation to direct and accelerate the progress on the key elements that will need to be made available to enable country transitions. A key role of an LT-LEDS should be to explicitly reveal the key requirements from international cooperation in order to enable the ambitious national transitions. As such, the LT-LEDS becomes an instrument to frame the international conversations (for example in the context of the Global Stocktake) around the needs of the countries, consistently with the bottom-up paradigm introduced by the Paris Agreement. These requirements can take very different forms, e.g., on technology cost and availability, finance flows, capacity building, trade rules, etc.

Does the LT-LEDS explicitly inform on investment needs?

The scale of the Paris-compatible transformation requires to direct investments towards the low-carbon options and to divert them from carbon-intensive assets. LT-LEDS can play a critical role to guide this process, as they provide a detailed vision of the sectoral transformations required in the long run. This horizon, by providing a clear signal on the long-term direction of travel, is a key source of information for elaborating investment plans at different time horizons. LT-LEDS can therefore guide public and private investors’ decisions and facilitate the alignment of their portfolios with the Paris Agreement goals (Article 2.1(c)).

Does the LT-LEDS include an explicit provision for future revisions?

The 5-year cycle approach of the Paris Agreement creates a process where countries will be regularly invited to revise their submissions, to reflect notably the best available science, evolution of the international or national contexts and evolving conditions, as well as possible improvements of domestic capacities allowing to investigate more in-depth specific aspects of the transformations. LT-LEDS are the perfect instrument to capture these evolutions, given notably their non-binding nature, which allows (re)submissions at any date and their instrumental role to inform future NDC revisions. This means that it is essential that LT-LEDS be not envisaged as a one-shot exercise, but rather considered as a living document for which the current submission is just a first draft. An explicit acknowledgment of this status is critical to ensure continuity of the work on long-term pathways in the country, through the establishment of adequate and stable institutional arrangements and governance and sustained mobilization of domestic actors 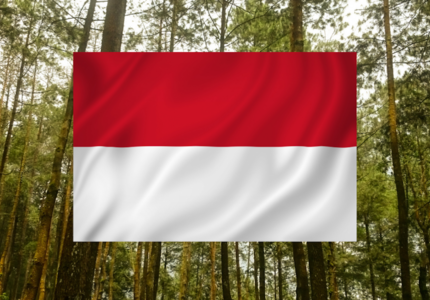 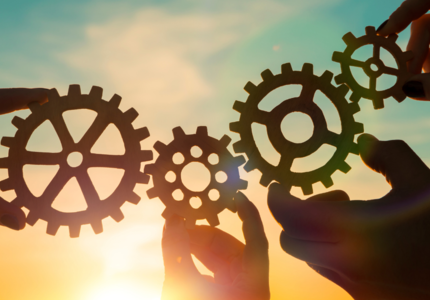