A workshop organised by the Climate Services Convention and IDDRI, in partnership with CNES and the National Museum of Natural History.

The immense water volumes of the high seas are largely responsible for the ocean role in climate regulation, represent an important reserve of planetary unexploited resources, and contain a remarkable patrimony of biodiversity. The international community committed to conserve and sustainably use this part of the planet and recently launched negotiations for an international treaty covering areas beyond national jurisdiction (ABNJ).

However, when moving the attention from the coast to the high seas, specific challenges arise. In contrast to the fixed topographical features of the coast, open ocean biogeography and ecosystem services are mainly tied to physical features like fronts and current systems, whose position drifts in space and is not permanent in time. Identifying these features, their spatial range of variability, drifts under climate variability, and biophysical function, is not a trivial task. Other challenges arise in political sciences. Policies in the open ocean are not the competence of a single nation, but are framed by a complex and fast evolving multi-jurisdictional system, in which multiple actors control the fate of this vast area. Motivations behind political action are diverse, ranging from conservation to food security and extension of geopolitical influence.

This workshop aims at gathering specialists of both marine and political sciences for discussing these emerging crossdisciplinary challenges.

Language: the workshop will be partly in English and partly in French.

The detailed program will be soon available.

With the participation of (to be confirmed):

This thematic day is organised as part of the Climate Services Convention project, with the support of the French Ministry of Ecological and Solidarity Transition. 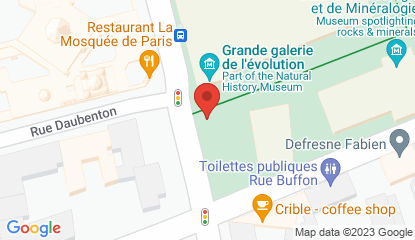 The Potential for Ocean-Based Climate Action: Negative Emissions Technologies and Beyond

Replay: "Fishing in the Twilight Zone: illuminating governance challenges at the next fisheries frontier"

Disruption of marine ecosystems by climate change: what tools for the protection of the high seas?