A deforestation issue is nowadays almost unnoticed, even though it is even faster than the degradation of large forest areas, which we often talk about in terms of the impact of meat, soya, palm oil or cocoa involved in "imported deforestation". It is the deforestation of mangroves, the coastal mangrove forests that border almost all the lower coasts of tropical regions. Despite their ecological and social utility and their carbon sink character, these forests are disappearing three to five times faster than average deforestation, and in particular much faster than the large massifs of the Amazon, the Congo Basin and Southeast Asia. And the agricultural commodity most responsible for these developments is shrimp, when grown in basins built by clearing mangroves.

What is the situation? What is the share of responsibility for shrimp farming and what type of shrimp? What are the alternatives? How can we act in response to our responsibility as importers and consumers? How can we better take into account the "blue carbon" that mangroves are in our strategies to combat imported deforestation?

This public conference proposes elements for reflection, and a discussion of these questions. Students from the Paris School of International Affairs (PSIA) will present their analyses of these issues. These will be discussed and put into perspective by a panel composed of:

The conference will be hosted by Yann Laurans, Director of IDDRI's biodiversity programme and professor at the Paris School of International Affairs (Sciences Po).

Photo by Joel Vodell on Unsplash

Ambassador Delegate for the Environment, Ministry of Europe and Foreign Affairs, France

Consultant, specialist in aquaculture and quality approaches (to be confirmed) 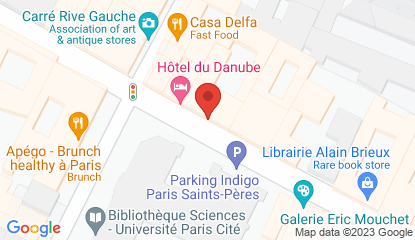 Agroecology and carbon neutrality in Europe by 2050: what are the issues?

Findings from the TYFA modelling exercise