The next Conference of the Parties to the Convention on Biological Diversity (COP15) shall be held in 2021 in China, to adopt a new global biodiversity framework which should be implemented at all levels of governance. Non State Actors (NSAs) are not entitled to negotiate it but remain involved through the Global Partnership on Local and Subnational Action for Biodiversity and are actively mobilised to translate global targets into local realities. A conference of these actors was held from 4 to 6 February 2020 in São Paulo, hosted by the Secretary for Infrastructure and Environmental affairs of the State of São Paulo and co-organised by ICLEI South America, the “Post-2020 Biodiversity Framework – EU Support” initiative and Region. Over 200 of their Brazilian representatives formulated their contributions at the BIO2020 conference in São Paulo. The outcome of the proceedings - the “São Paulo letter - outlines their ambition and makes the case for their voices to be heard in the negotiations underway.

The recommendations arising from the São Paulo Conference can be summarised as follows: 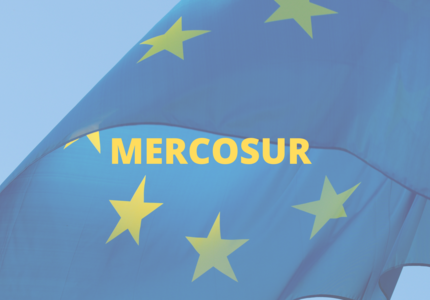 The EU-Mercosur trade agreement: can a trade treaty be greened?

Greening trade agreements: A roadmap to narrow the expectations gap

What international policy initiatives for the prevention of infectious diseases of zoonotic origin?

Replay: "Towards sustainable cocoa: opportunities and challenges for the Dominican value chain"

Webinar in English and Portuguese organised by the Heinrich Böll Institute and IATP / 05:00 pm CET