As Director, he contributed to IDDRI’s work on the Paris Agreement. He co-authored influential publications on the ambition mechanism, transparency arrangements, and financial negotiations of the Paris Agreement. He was a Member of the Franco-Chinese Expert Group on Climate Change, which met three times a year between 2013 and 2015, in order to contribute to both governments’ preparations for COP21.

Thomas worked on a range of other climate policy issues. He published on the impact of the US shale gas revolution on the economic competitiveness, emissions pathways and energy security in the US and EU. He led IDDRI’s work in understanding the impact of NDCs on the energy systems of six of the world’s largest economies. He also published on the issue of financial sector regulation and low carbon investment, as well as on the nexus between China’s macroeconomic development and its emissions pathway.

Thomas moved to India and joined The Energy and Resources Institute (TERI) in 2017. At TERI, Thomas works on the decarbonization of the Indian power sector, and coordinates TERI’s flagship program, The Energy Transitions Commission India (ETC India). 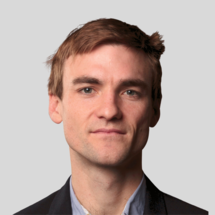 The impacts of COVID-19 on India: risk factors, sustainable development and climate action

Neither euphoria nor despair: Understanding the fall and rise of global energy-related CO2 emissions

Coal Transitions: Research and Dialogue on the Future of Coa...