The Beijing Call for Biodiversity Conservation and Climate Change is extremely welcome, although not surprising: as its preamble points out, it is in line with previous statements and communiqués, during the Chinese President's visit to France in March, and with the UN Secretary General on the margins of the G20 summits in Buenos Aires (December 2018) and Osaka (June 2019). It cannot therefore be considered as a new political impulse, strictly speaking, but it is nevertheless essential.

This impetus is all the more important as during the New York Summit on Climate Action last September, the major emitting countries did not exercise their political leadership, in particular the European Union, China and India; they were expected though, but each individually delayed by internal political processes, and collectively as each country or region wants to make to ensure the other two will assert their climate ambition before soing so.

At a time when the United States, as expected, has formalised its request to leave the Paris Climate Agreement, China and France reaffirm their support and commitment to this agreement, considered as "an irreversible process and a compass for strong action on climate change". And France, without usurping a role as a European champion or leader that it does not have, is nevertheless legitimate, in this affirmation, to express a European ambition in which it participates, in particular in a symbolic role as a "guarantor" of the Paris Agreement; it will also host in 2020 one of the three major moments of global environmental diplomacy, le the World Conservation Congress of the International Union for Conservation of Nature, in Marseille in June, in close coordination with the Chinese Presidency of COP15 of the Convention on Biological Diversity, to be held in Kunming in Octobere.

This call is first and foremost an affirmation of strong political leadership for biodiversity, in line with the commitments of both countries to host these two key moments of the international agenda on this subject next year. This is an extremely important signal, indicating not only that the two countries intend to make these gatherings a success in terms of organisation, but also that they aim for a high ambition in terms of negotiating results, which should produce a global governance framework for biodiversity for the period 2020-2030 (thus following up on the 2010-2020 Aichi Targets). China had not yet been that clear on this issue, and the Beijing Call covers all the key elements of these negotiations, as well as that on biodiversity in the high seas, and links biodiversity ambition to climate ambition.

This high priority given to biodiversity and climate is good news. It is based on the results of science released throughout 2019: the IPBES global assessment report and the three IPCC special reports (1.5°C, oceans and cryosphere, land), published in less than a year, all point to the importance of well-functioning ecosystems and biodiversity for achieving carbon neutrality and for adapting to the impacts of climate change. Conversely, they also indicate that the impacts of climate change will be significant on biodiversity, as will some climate change mitigation solutions. It is therefore crucial to identify nature-based solutions as critical elements in transforming our development models towards joint climate and biodiversity protection, but also to identify at an early stage the potentially negative impacts of some solutions on biodiversity. COP25 of the United Nations Framework Convention on Climate Change should, despite its displacement to Madrid, allow all the actors who had planned to mobilise in Chile to highlight the importance of ecosystem or ocean-based solutions, as well as the challenges of crossing biodiversity and climate, in both analyses and forms of governance.

At the Beijing Appeal is signed by China and France, the European Union is putting itself in a position to play a strong diplomatic role in these climate and biodiversity negotiations. The mandate given to its Vice-President Frans Timmermans by Ursula von der Leyen can be seen as a key element for holding the new European Commission accountable: the ambition of the climate law internally and the ambition of climate diplomacy, in the service of a global political dynamic. Without prejudging the European Council's ability to commit early enough in 2020 to strong short-term climate action and increased ambition in the medium and long term, the European Union seems to be able to be one of the key poles in political leadership for the year 2020. The appointment of a newly created position of Special Envoy for Climate in the Commission is a further sign of such commitment. The ability of China and the European Union to engage with each other and also to negotiate bilaterally with India a strong signal from that country ahead of COP26 on climate change at the end of 2020 will be decisive, but here we have positive signals that were essential.

Of course, we can also confront these European and Chinese governments with the inadequacy of their national action, in terms of biodiversity or climate. But these two blocks have very clear internal reasons why this environmental ambition is also in their own interest, either to protect the health of their populations (air, water or soil pollution linked to greenhouse gas emissions and connected to the degradation of biodiversity and carbon storage in the soil), or because their economies could, thanks to this ambition, take the lead for an essential transition. The reference to trade in the Beijing Call, insisting that trade agreements must be compatible with the Paris Agreement and 2030 Agenda for Sustainable Development, is quite significant in this respect, given the shortcomings of the trade war between China and the United States. If national political trade-offs do not always match the stated ambition, the interest of global governance, which continues to be established with the Paris Agreement and then with the next global governance framework on biodiversity, is precisely to engage governments both with each other and with their civil societies or economic operators, as the irreversible process mentioned by the Beijing Call. 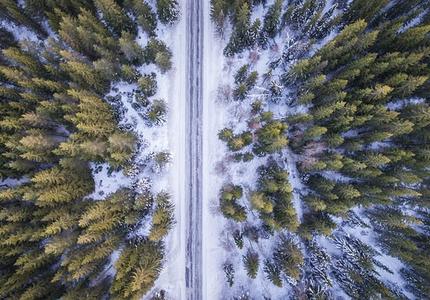 Cooperation rather than isolation: the challenges for 2019

How does sustainable land management contribute to climate change mitigation?

Trade agreements, what are they for?