Sharm-el-Sheikh’s COP27 on climate saw two major outcomes on the finance front: the creation of a loss and damage fund and a call to reform international financial institutions. It made fewer, if any, advances to reduce emissions, and narrowly missed sending a global call to phase down oil and gas consumption, though as Frans Timmermans noted, mitigation and loss and damage are “two sides of the same coin”. After a marked focus on reducing emissions at COP26 in Glasgow last year and the acknowledgement of missing the $100bn goal, the pendulum swung back towards more consideration of finance and the impacts of climate change, as expected. Since the chapter of negotiating the rules of implementation of the Paris Agreement closed in Glasgow, the Egyptian presidency aimed to deliver “implementation COP”, but that promise never materialised. What we got instead was maybe what we needed: surprising efforts to rebuild trust between Global North and South, and the seeds of a reconfiguration of this divide itself.

COP27 saw a range of decisions being adopted, with no particular signal to enhance action on reducing emissions. But the progress made on loss and damage (L&D) is astounding, and vulnerable countries and civil society in particular deserve huge credit for the success of their campaign on climate justice. Though they intensified pressure on this topic over the past year, few could predict that the long-requested funding mechanism would already be agreed in Sharm-el-Sheikh. This outcome builds on last year’s decision to narrow down discussion on the crux of the issue (finance), but the ‘Glasgow dialogue’ on L&D finance was initially side-lined to the Bonn intersessionals, and due to conclude in June 2024, with no real obligation to agree anything before.

What does that breakthrough reveal? First, it is a reminder that, for all its flaws, the intense political and media pressure of these climate conferences can still act as a catalyst for action. Second, the succession of crises (COVID, energy and food prices), impacts of climate change (Pakistan flooding) and the breach of trust between developed and developing countries made L&D too legitimate politically, and too big a can to kick down the road. Lack of progress on L&D was blocking discussions on everything else and hampering traditional alliances. It is only after the European Union (EU) called for the establishment of a fund on the second-to-last day at COP27 that the High Ambition Coalition (bridging developed and vulnerable developing countries) re-mobilised to call for an ambitious outcome overall. This confirms an age-old equation on universal climate action: ambition requires solidarity. This result may also mark that L&D is poised to become a fourth pillar of climate action, after mitigation, adaptation and finance–and this profound restructuring also speaks of our collective failure to address the first three pillars adequately and in due time.

Let’s caveat that success with caution: though the timeline for operationalisation of the fund is quite short (COP28), politically sensitive questions remain on who benefits and who pays. These cut through the united front presented by G77+China alliance in Sharm-el-Sheikh, which mask in reality very diverse interests and circumstances. “Developing countries that are particularly vulnerable to the adverse effects of climate change” is both a technical and a political question, which could for instance include in priority Least Developed Countries and Small Island Developing States (as per Paris Agreement art. 9.4 on finance), thus excluding Pakistan or longstanding advocate of L&D finance Bangladesh from 2026.1  A wider reading of “vulnerability” could include much more broadly countries with “low-lying coastal, arid and semi-arid areas or areas liable to floods, drought and desertification”, and “developing countries with fragile mountainous ecosystems” as per the 1992 Convention for instance, or rely on emerging methodologies.2

Who pays to such a fund is an even more contentious question: the European block and the United States are clearly the largest historical emitters, but the US has a poor track record of delivering on climate finance.3  Other high-income and upper-middle income countries with high emissions like China, Russia and Saudi Arabia are wary of any expectation that they might be called upon to foot some of the bill. Designed well, could the potential threat to contribute to the fund spur countries to accelerate their mitigation efforts? Although this sounds naïve, John Kerry and Xie Zhenhua (representing the two largest polluting countries in current and historical terms) only resumed their diplomatic exchanges in a three-hour long closed meeting as the L&D fund became a real possibility, in the final hours of the conference.

Though it is uncertain whether such a fund, even as part of a mosaic of ‘funding arrangements’ could mobilise funding to the scale and pace required, its creation lends by itself a new-found legitimacy to two old ideas (both recently revived by, among others, Barbados Prime Minister Mia Mottley):

The signal sent at COP27 to reform the Bretton Woods-inherited institutions of the IMF and the World Bank matters, and it echoes other initiatives such as the Bridgetown Agenda, the review of the multilateral development banks’ Capital Adequacy Framework commissioned by the G20, or the Ministerial Communique IX of the Vulnerable 20 (V20) Group. Recipient countries also signalled their readiness: four V20 countries discussed with the IMF their ‘Climate Prosperity Plans’, such as Sri Lanka.

The EU was the first major block to concede on developing countries’ demands for a loss and damage fund, probably because it opens the door to the need to align all public and private financial flows with the objectives of the Paris Agreement (as per the Agreement’s Article 2.1c)–a topic the EU tried to put on the agenda to no avail. Though the EU has often been blamed for being invisible in international discussions, at COP27 Europeans weighed much more heavily than, say, the US or the UK on the final outcome. In a last-minute reversal, they signalled both their willingness to adopt a fund on L&D and tried to support ambitious text on mitigation in reviving the High Ambition Coalition. The EU was also one of the countries that most supported India’s proposal to include a call to phase down all fossil fuels (including oil and gas).

COP27 started exposing fault lines cutting through the traditional developed and developing countries’ categories, by questioning the capacity to pay for losses and damages, and the vested interests of oil and gas producing countries. But it was apparent that mistrust still reigns on both sides: the EU was criticised for wanting to break the developing countries’ coalition (G77+China) with their proposal of a fund, while India, second coal user worldwide behind China, was thought to want to distract from last year’s coal phase-down commitment. Despite COP27 win on L&D, much work still needs to be done to address this mistrust. 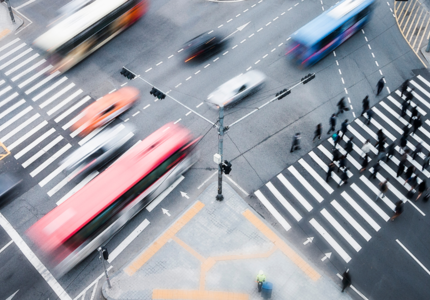