In the framework of the European Green Deal, the European Commission has proposed an overhaul of the European food system through the “Farm to Fork” (F2F) strategy. This strategy aims to make Europe the global pioneer of a food system that is beneficial to the climate, biodiversity and health. Since the release of this strategy, the Commission has faced a considerable amount of criticism, which generally cites the potential economic and food security impacts of F2F. This blog post analyses the methodological limitations underlying this criticism and shows that a more systemic approach instead reinforce the relevance, coherence and realism of the Commission’s strategy.

As IDDRI noted in its May 2020 publication, the F2F strategy stands out due to its explicitly systemic approach to food systems transformation. Following the logic of the Green Deal, its aim is twofold: to ensure the European food system remains within planetary boundaries; and, to achieve this objective, to encourage massive innovation so that Europe can position itself as a pioneer of a food system that is beneficial to biodiversity, climate and health, thus gaining sustainable competitive advantages in the globalized economy. The strategy envisages a far-reaching transition of the food system, setting objectives and providing tools to intervene at all levels: agricultural production, supply chain organization, dietary habits, market organization.

An ex-ante impact assessment of a strategy as systemic as the F2F poses significant methodological challenges. Indeed, the usual tools of impact studies are designed to evaluate marginal changes in a system through a market equilibrium approach: a new regulation, an increase in input costs, a new customs duty, etc. However, with F2F the European Commission is proposing a structural change to the food system that makes traditional tools, although well suited to studying marginal changes, unsuitable for evaluating this systemic strategy.

In this context, two benchmark studies on F2F–one by the US Department of Agriculture (USDA) and the other from the European Commission’s Joint Research Centre (JRC)–focused on the impact of F2F’s input reduction objective (decreases of 50% in pesticide use and livestock antibiotics, and of 20% in nitrogen inputs, with increases of 10% in agroecological infrastructure and 25% in organic farming), while disregarding the other changes proposed by the strategy (dietary changes, food loss and waste, agricultural sector organization, agronomic innovation and international trade). As a result, they show that F2F implementation would inevitably lead to a drop in production (of between 7 and 15%, depending on the scenario), with potentially major implications for the rest of the world and the economy (particularly for the poorest households due to price increases). Although the JRC study is nuanced in its conclusions and highlights the environmental benefits of the strategy (an aspect totally ignored in the USDA study) as well as the positive impacts of an ambitious implementation of the Common Agricultural Policy (CAP), it is nevertheless an incomplete approach to the problem due to the model on which it is based.

How can the other changes envisaged by the Commission counteract the effects of reduced inputs on volumes and prices that are highlighted by these studies? On the demand side, more plant-based diets, in line with World Health Organisation (WHO) recommendations (eat more fruit and vegetables and reduce consumption of animal products), could fully offset the effect on volumes caused by a reduction in the use of chemical inputs in Europe. IDDRI’s work, based on a biomass equilibrium model (and not a market equilibrium model), shows that a food system scenario that is even more ambitious than F2F would enable the European Union to move from being a net importer of calories and proteins–which it is today–to being a net exporter, despite a reduction in production. In this respect, it should be remembered that although the European Union is currently the world’s leading exporter in terms of value, it mainly exports luxury products that have little connection to food security, while it imports the equivalent of 30 million tonnes of soya every year to feed its livestock.

Another development envisaged by F2F that is poorly considered by the USDA and JRC studies is innovation and changes in agronomic practices. For example, the reintroduction of legumes in rotation and the optimization of nitrogen use efficiency could partially compensate for the 20% reduction in nitrogen inputs. Similarly, the lengthening and diversification of rotations, as well as the redeployment of agroecological infrastructure would improve weed and pest management, enabling a reduction in pesticide use that would have much less impact on yields than the studies envisage. In addition, the reference scenario to which F2F is compared does not account for the long-term negative effects of a greater use of chemical inputs on the productive capacity of agrosystems.

Regarding this agronomic aspect, the USDA study also introduces a major bias. It suggests that a scenario where F2F objectives are applied through trade rules to the rest of the world would lead to an even greater fall in global production (11% decrease at the global level); in so doing it overlooks the fact that the agroecological innovation pathways promoted by F2F will have different consequences depending on the context. For the European Union, where current yields are close to the maximum agronomic potential, the aim is indeed to marginally reduce production to achieve greater stability, by restoring the functionalities of agroecosystems that are currently under threat. This is in stark contrast to many regions of the world where current yields are still far from these maximum potentials (sometimes reaching only 50%!) and the deployment of F2F-type agroecology will make it possible to considerably increase production in these areas.

In conclusion, it should be remembered that the European Commission’s stated aim with the F2F systemic strategy is to ensure the future competitiveness and resilience of European agriculture. In a world where the rising cost of inputs and climatic instabilities will make specialized and highly heteronomous agricultural systems increasingly fragile, the development of innovation in all its forms (biological pest control, varietal selection, soil conservation and system agronomy) will be a decisive factor to ensure the diversification of systems and their decreased demand for inputs.

Modelling an agroecological UK in 2050 – findings from TYFA-REGIO 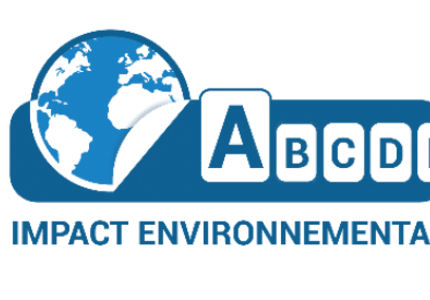 What vision for the agriculture of the future lies behind the environmental labelling of food products?

Replay: "Beyond land-use emission reduction targets - how to take stock of climate ambition and sustainability in the land use sector?"