The years preceding the health crisis linked to the Covid-19 pandemic, marked in particular by the oil counter-shock of 2014 and the signing of the Paris Climate Agreement of 2015, saw the emergence of (weak) signals of diversification of the activity and investment of certain oil companies—essentially the European majors—towards low-carbon energies.1 While these announcements could have a knock-on effect on the sector, they are still very insufficient in view of the effort required to initiate a rapid and profound transition of the sector towards decarbonisation,2 and are contested by several civil society actors.3 Faced with the major consequences of the health crisis on the energy market, the oil majors are at a crossroads: will they resume their traditional activities once the health crisis is over or will they intensify the diversification of their activities towards clean energy?

The oil and gas sector is currently operating in an uncertain environment. Like all economic sectors, the oil and gas players must first of all deal with the health crisis which, through recent containment measures, has slowed down the on-site activity of these industrial groups, mainly their supply chains, and postpones the resumption of operations to an imprecise horizon. The sector then faces a crisis in the oil market which materialises by a dizzying drop in the price of a barrel, from 70 dollars at the beginning of January to around 20-30 dollars in recent months. This sharp decrease is explained by the drop in world oil demand of almost a third, as a direct consequence of the containment measures and the almost total shutdown of the transport sector, but also by the recent tensions between the main hydrocarbon-producing states (Russia, Saudi Arabia and the United States), which led to a significant increase in oil supply at the beginning of March. These countries have since managed, albeit painfully, to limit hydrocarbon production to 9.7 million barrels per day4 as of May 1, 2020, with a limited upward effect on the market price of oil for the time being.5 But beyond these unprecedented but by nature cyclical changes, the sector is above all facing a systemic challenge related to the fight against climate change. The need for a rapid and deep decarbonisation of the economy calls into question the activity of extracting fossil fuels. Such a challenge could be reinforced in the context of recovery plans following the health crisis, such as the European Union's plan, based in particular on the Green Deal.6

The current context thus reveals the risks and fragilities that weigh on the future of the sector and increases doubt about the relevance of a whole series of new projects by the oil majors, which are costly and risky. These new extractive projects are increasingly found at sea.7 Indeed, 2019 saw the resurgence in offshore extractive activities, with growth rates for offshore drilling of, for example, 40% in Europe and Asia and 19% in Africa.8 These offshore projects are costly and are characterised by their depth, operating risks, distance from the coast and difficulty of exploitation. With the ever-increasing volatility of the price per barrel and the necessary energy transition, it is the viability of these complex projects that is in question.

These new projects are also often located in developing countries. The risk is then great that the activity of these majors contributes to creating dependency on fossil exports for emerging economies, even though oil extraction does not or no longer offers sufficient guarantees in terms of development and economic benefits. The first signs of these risks are already observable, particularly in Africa. In Mauritania, for example, BP recently announced a further postponement of the start of operations on the Grand Tortoise field until 2023 at the earliest, further delaying hopes of economic benefits for the country. Similarly, the major oil and gas project in Mozambique, owned by Exxon Mobil, is not expected to benefit from any final investment decision in 2020.9 The question also arises for Senegal, where, although no major discoveries have been made in the country to date, Total has been conducting several exploration activities in recent years that could lead the country down the fossil trail.

So what alternative to oil should we turn to? The possible development options are numerous and will of course depend on the characteristics and preferences of each of these countries. In the energy sector, the falling cost of renewable energies combined with the resilience shown by these energies in the current context10 could lead the majors to increase their investments in clean energies.11 They could then participate in the construction of alternative development pathways in developing countries based on renewable energy production, electrification and energy efficiency, more oriented towards satisfying domestic demand. In a second phase, the export of low-carbon energy carriers could also be envisaged if domestic needs are met, renewable energy production is abundant and the demand for these decarbonated fuels is reinforced.

The current health crisis could thus make it possible not to maintain the status quo with regard to initial diversification efforts, but to significantly redirect the extractive sector towards the objective of a rapid and profound transition to low-carbon energies. The oil majors have several cards at their disposal to intensify the diversification of their activities. The next decisions they take after the crisis will be an interesting indicator of their ability to engage in sustainable transformations or, conversely, of their willingness to persist in a model based on the oil economy, at their own risk. 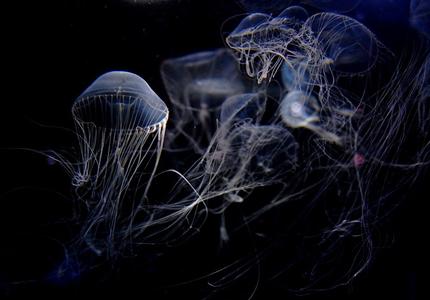 The Ocean's "twilight zone": climate risks at the next fisheries frontier

English-speaking webinar organised by the European Commission in Brussels