With an annual turnover estimated at 33 billion dollars, or 24% of the value of all seafood products worldwide, the tuna industry is booming. Driven by steadily growing global demand, a full-blown “tuna rush” is underway, with many countries eager for their share of the pie. Even if this means the depletion of stocks and the collapse of an economic sector of vital importance to some States?

French Polynesia has just announced its decision to open the waters off the Marquesas Islands to industrial tuna vessels in order to develop a sashimi sector to meet European and Asian demand. Supported by public subsidies and allowing foreign vessels to fly the Polynesian flag, the collectivity thus intends to host a fleet of several dozen vessels.

In the Indian Ocean, a number of States have also announced plans to develop their tuna fleets; the Indian Ocean Tuna Commission estimates that the effective implementation of these plans could, by 2020, increase fishing capacity to 301% above 2006-2007 levels. This general increase in tuna fishing capacity is in response to consumption that has itself grown steadily over recent decades. In 2015, catches of commercial tuna species stood at 4.8 million tonnes (or 5% of all global catches), a 140% increase in relation to 1980. Every second, 152 kg of tuna are landed in order to meet global demand of around 0.45 kg/person/year, equivalent to the demand for Nutella. This rush for skipjack, albacore and yellowfin tuna shows no sign of abating. Indeed, global population growth and the average increase in income point to a continuous rise in global demand for tuna. The decline of traditional canned tuna markets (European Union, United States, Japan) is offset by growing consumption in the Middle East, especially Iran, Egypt and Libya. Once limited to the Japanese market alone, the consumption of sashimi is now spreading to Europe, North America and some East Asian countries. By considering several hypotheses on global population growth and per capita GDP growth in a number of emerging countries, some authors estimate that global demand could reach 7.8 million tonnes by 2025.[1]

This increase in demand clearly has a direct impact on the fishing effort and the increase in catch levels. In the long run, it could result in higher prices and profits, which would lead to greater investment in fishing capacities, meaning higher fishing pressure and, ultimately, a rapid reduction in stocks. A 6% increase would be enough to bring about the collapse of the tuna industry. Yet commercial tuna catches already seem to have reached an upper limit, and the global state of stocks leaves little room for any future increase in catches.[2]

Some authors thus estimate possible growth in catches at a threshold of between 6.3 and 6.8 million tonnes, with all the reservations necessary in such estimations, which are by nature tenuous in the absence of wholly reliable data. It now seems unlikely that fishing fleets will be able to meet future global demand for tuna. Pursuit of this pipedream would lead inexorably to the collapse of stocks, which have already suffered tremendously in some regions, and to disastrous economic consequences for some States. It is worth remembering that the annual turnover for the tuna industry stands at 33 billion dollars and that this sector plays a key role in some national economies (36% of GDP in Tuvalu and 32% in Kiribati).

Maintaining stocks in good health—or rebuilding them for some species (bluefin tuna) and some regions (Mediterranean yellowfin, Atlantic albacore)—therefore calls for fishing effort limitations. Neither steering consumers towards sustainable products via labels, which cover only 17% of catches, nor the commitments of some distributors to purchase only from fisheries with the lowest ecological impacts, such as pole and line tuna, which account for only 10% of catches, will be enough. These processes will only be effective if accompanied by regulatory measures—covering catch volumes, fishing effort and investment—and the creation of marine protected areas, tools that are essential to the recovery of stocks. This is a challenge that States must address rapidly, before this already critical situation reaches a point of no return.

N.B.: In the next few weeks, IDDRI will publish the findings of a project on tuna industry sustainability, financed by the World Bank.

[1] Figure presented by A. Valsecchi during the World Tuna Trade Conference in Bangkok in May 2016.

11th meeting of the informal working group on high seas 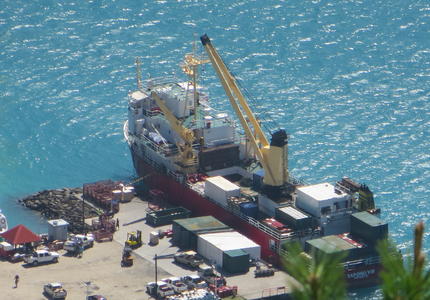