The United Nations General Assembly just launched a new initiative to address the increasing number of threats to marine areas beyond national jurisdiction (ABNJ). Negotiations will commence in 2018 to draw up an international legally binding instrument for the conservation and sustainable use of marine biodiversity in these areas, which cover nearly half of the Earth’s surface.

The term “high seas” is often used to describe both areas, though they have different legal statuses under international law: the high seas are governed by a principle of freedom (of navigation, of overflight, of scientific research, etc.), while the Area and its mineral resources are considered the “common heritage of humankind” and are governed by a separate legal framework.

2. Why are ABNJ so important?

ABNJ contain an exceptional level of biodiversity, the true scale of which is gradually emerging as marine science advances. We rely on many different services supported by these areas, including fisheries and climate regulation, and they are also crucial for unique ecosystems and species that develop in these extreme conditions (I.e. lack of light, acidity, extreme temperatures and pressure).

The high seas are home to many species of fish, including common commercial fish such as tuna, some species of shark, and deep-sea fish (e.g. grenadier, blue ling, black scabbardfish). In the 1970s it was discovered that some regions also possess abundant mineral resources, especially polymetallic nodules and cobalt-rich crusts. Finally, some unique ecosystems, such as seamounts, hydrothermal vents and cold-water corals, contain genetic resources that are attracting growing interest for use in pharmaceuticals and cosmetics.

4. Are the high seas currently in danger?

In February 1977, off the coast of the Galápagos Islands at a depth of 2,500m, the US submersible Alvin discovered the existence of hydrothermal vents, unique ecosystems populated by species that were unknown at the time and capable of developing in total darkness. This was a major breakthrough. It showed that life was possible without photosynthesis and that the ocean depths were not the desert landscapes we once imagined them to be. It was also the start of a new era, characterised by a growing appetite for the resources found in ABNJ. Since then, human activities in the high seas have continued to expand and threats to the integrity of their ecosystems and species have multiplied.

5. What are the main human activities conducted in the high seas?

Since the adoption of the United Nations Convention on the Law of the Sea (UNCLOS) in 1982, human activities in ABNJ have developed exponentially:

The threats linked to these activities are compounded by the impacts of land-based activities, foremost among which are pollution (especially plastic) and CO2 emissions causing ocean warming and acidification.

6. How are the high seas managed today?

A number of conventions and international organisations cover the high seas and contribute to their management and protection. There are certain rules concerning shipping, fisheries management and environmental protection, but the overall framework is highly fragmented and unable to effectively manage the growing challenges. The relevant international agreements and organisations usually focus on only one sector, or their geographical scope is limited to a specific region, which poses considerable obstacles to the coordination and cooperation needed for effective management.

7. What needs to be done to effectively protect the high seas?

There is currently no international mechanism for the creation of protected areas in the high seas, nor are there any rules requiring environmental impact assessments to ensure that activities conducted in these areas are not destructive. There are also no rules governing the exploitation of marine genetic resources – the current situation is “first-come first-served”, and this is unacceptable to the countries of the South, which are calling for greater equity.

8. When did the international community become aware of these problems?

Since the early 2000s, within different forums, the states have been discussing the challenges linked to the conservation and sustainable use of marine biodiversity in ABNJ. In 2004, the United Nations General Assembly established a working group to examine these issues. The meetings quickly became characterised by a seemingly intractable divide: on one side, States in favour of drafting a new conservation-focussed international agreement, especially the European Union; and on the other, those that believed better implementation of existing legal instruments would be enough to ensure the protection and sustainable use of ABNJ (e.g. the United States, Russia, Canada and Japan). In 2017, after more than 10 years of technical discussions and political wrangling, the states finally agreed to hold an intergovernmental conference with the aim of drafting an agreement on ABNJ.

9. What will the negotiations cover?

The states have agreed that the negotiations will be focus on four priority areas:

Institutional provisions (the creation of decision-making and/or scientific authorities, linkages with existing international and regional organisations, etc.) and financial provisions will be added to these technical elements.

10. How will the negotiations be conducted?

The resolution of the United Nations General Assembly adopted on December 24 provides that the negotiation process will be organised around 4 sessions of 10 working days - one in the second half of 2018, two in 2019 and one in the first half of 2020. A technical meeting will be held in New York from 16 to 18 April 2018 to discuss organizational matters, including the process for the preparation of the zero draft of the instrument, and the first round of negotiation will be held from 4 to 17 September 2018. 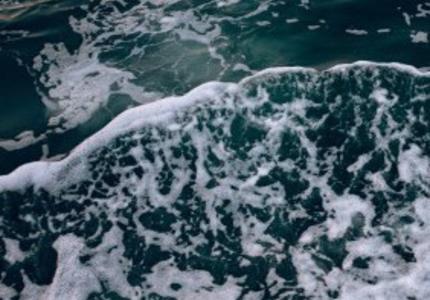 Coming soon: towards formal negotiations for a agreement on high seas governance