Over the last months, UN Member States have been reviewing the format and organizational aspects of the High Level Political Forum. In 2020, IDDRI published proposals to use this review as a means to raising ambition for this forum, as its broad mandate gives it the potential to become a pivotal institution for sustainable development action at the global level. On June 25, the UN General Assembly concluded the review by adopting the draft resolution A/75/L.102.1  Its provisions will take effect beginning with the preparations of the July 2022 session of the HLPF. This blog post evaluates the outcomes of the review and how it could be useful for the post-2020 global biodiversity framework.

The HLPF as a cross-thematic coordinating institution

The resolution recalls the broad mandate of the HLPF that is supposed to provide political guidance, follow-up and review, an action-oriented agenda, address emerging issues and most importantly enhance integration of the environmental, social and economic dimension of sustainable development. As highlighted in our Policy Brief, the greatest added value of the HLPF could lie in this integrating and coordinating role, although in the past it has not much focused on this role, taking more seriously its follow-up and review mandate. In 2022, SDG 14 (life below water) and SDG 15 (life on land) will be reviewed, together with SDG 4 (quality education), SDG 5 (gender equality) and SDG 17 (partnerships for the Goals). As the new global biodiversity framework is set to be adopted during the UN Biodiversity Convention’s COP15 in 2021, or 2022, the next ECOSOC (Economic and Social Council)-HLPF cycle could therefore be a critical test for a better delivery on the coordination mandate of the HLPF. Why is that so?

The decisions taken at the Convention on Biological Diversity (CBD) have repeatedly addressed the underlying socio-economic drivers of biodiversity loss, but many of the associated issues (often sectoral, e.g., in agriculture) are mostly governed and negotiated in other fora. It would therefore be crucial for the CBD to be able to demand coordination with other UN entities dealing with socio-economic issues such as agriculture or infrastructure. Could the HLPF be the place for such coordination? Could SDG 15 review in 2022 be organized as a dialogue between the CBD, the FAO and UNIDO for example? Could the HLPF invite the concerned UN agencies and processes including the World Bank and WTO to prepare specific action plans together with the CBD, in order to contribute to the implementation of the post-2020 strategic framework, in the context of the overall achievement of the 2030 Agenda for Sustainable Development? The recent report released by the UN Environment Management Group2 has suggested that the HLPF could inded help Member States organize such coordination. Such initiatives or action plans would need to address both agriculture, infrastructures, urbanization, tourism, transports, forestry, fisheries, and energy in their interrelation with biodiversity.

The resolution does not clearly open such options, but it does not close them either. It will hence depend on how countries, UN entities and civil society use the language of the resolution.

Benefiting from the ECOSOC cycle

The HLPF review took place in conjunction with a review of the ECOSOC, a Charter body of the UN under which auspices the annual the HLPF is held. If advocates of the post-2020 global biodiversity framework want to put coordination matters at the global agenda, it seems strategic to look at the ECOSOC cycle as a whole, which starts with a new coordination segment in February and culminates in the HLPF in July.

The resolution states that the ECOSOC should “promote a coordinated follow-up to and implementation of the 2030 Agenda in its entirety and the outcomes of other major United Nations conferences and summits in the economic, social, environmental and related fields.” Although the paragraphs regarding the HLPF in the resolution mostly focus on strengthening a country-led and voluntary review of progress on the SDGs, the ECOSOC is expected to provide policy guidance on the follow-up to and operationalization of the ministerial declaration of the HLPF and on the findings of the thematic and voluntary national reviews.

An important piece in the ECOSOC cycle will be the Secretary-General’s report to the Council on the lessons learned from the July HLPF, with “recommendations for follow-up by countries, various segments and forums of the Council, the United Nations system and relevant stakeholders”.

The coordination segment itself that will take place every year in February together with a partnership forum will be the opportunity to deal with coordination matters arising from different UN bodies. While it mostly speaks of coordination matters concerning the subsidiary bodies of ECOSOC, it does not seem restricted to those as it later underlines the steering role of the ECOSOC and the HLPF in the Decade of Action for sustainable development that should be the place to deal with “coordination issues emanating from the work of subsidiary bodies and the policy and normative activities of specialized agencies and other United Nations system entities” and provide recommendations for addressing them.

When it comes to HLPF thematic reviews which, as highlighted in our Policy Brief, have been organized in a silo approach adding little added value to existing sectoral discussions, it says that the HLPF should strike a balance between giving greater attention to interlinkages across the goals and targets and ensuring in-depth reviews of individual SDGs. Hence there is room during the annual preparations of the HLPF to orient the way these reviews are held. This seems to be confirmed by the newly added option to address each year, areas in which measures to achieve the goals can have the “greatest and most transformative impact across multiple goals and targets, building on policy and scientific analysis”. The role given to scientific advice during the HLPF seems strengthened thanks to the new resolution which recalls the quadrennial independent Global Sustainable Development Report and encourages to invite scientists preparing this report every year to bring important issues to attention. This might also be an opportunity.

Another innovation in the resolution that could be useful for preparing an action-oriented and ambitious SDG 15 review in 2022, is the fact that the annual statistical SDG progress report by the Secretary-General should now explore reporting on the interlinkages among the goals under review that year.

All in all, the resolution is not revolutionary in the sense that it recalls mostly what the HLPF already does which is mostly to provide a global forum for review of national progress on the SDGs on a goal-by-goal and voluntary basis. It does not directly position the HLPF as the “great coordinator” of the Decade of Action, dealing with the difficult trade-offs and cooperation needs between different sectors but its language, if interpreted ambitiously, allows for exploring this potential. The strength of this review will therefore mostly depend on how different UN entities, countries and other actors will use the next ECOSOC/HLPF cycles for truly addressing coordination matters and the need for cross-sectoral action. 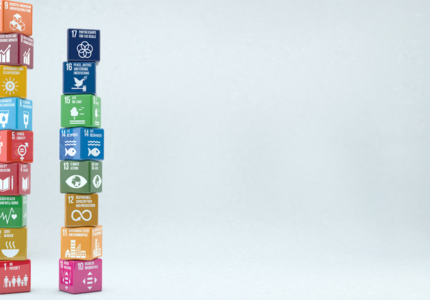 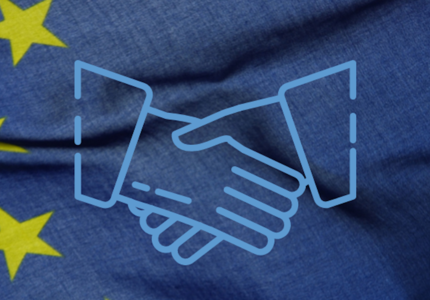 Europe sets out its trade policy contribution to the Green Deal

SDG indicators: a compass for sustainability?