States at the United Nations (UN) are negotiating a new agreement to conserve marine biodiversity in areas beyond national jurisdiction (BBNJ), a vast global commons that covers almost half the Earth’s surface. A pause in the negotiations due to the Covid-19 crisis provides an opportunity to reflect on ambitions and options for the new ocean treaty. This blogpost explores lessons learned from the Convention on International Trade in Endangered Species of Wild Fauna and Flora (CITES, 1973), a widely ratified treaty regarded as one of the more effective multilateral environmental agreements (MEAs).

CITES places controls on the international trade in certain wild animals and plants (listed in three Appendices to the Convention), including when taken from ABNJ. Listing of marine species was initially limited, but since 2013 Parties have increasingly turned to CITES to conserve endangered marine species, such as seahorses and sharks.

As with most international agreements, implementation of CITES depends on the passage of specific domestic laws and measures to ensure that trade in protected species is legal, sustainable and traceable. Such provisions can empower officials, counter illicit activity, and provide policy guidance.

The CITES National Legislation Project tracks and supports Parties’ efforts to strengthen domestic legislation, including by assessing adherence to minimum requirements.1 This assessment enables the CITES Standing Committee to identify Parties requiring priority attention. While CITES takes a “supportive and non-adversarial” approach to ensuring long-term compliance, the Committee can recommend suspension of trade where a Party does not make appropriate progress within a defined period. Similar processes are in place to address systemic or structural problems with the implementation and enforcement of the Convention2 and lack of reporting.

The BBNJ Agreement will also rely on the actions of States, whether acting unilaterally or through other multilateral bodies. A compliance or implementation committee could be helpful in providing oversight, reviewing Parties’ legislation and actions, identifying implementation gaps, and supporting States in their efforts. However, it should be noted that one of the reasons why the CITES is effective is because it can, as a last resort, employ compliance measures in the form of suspending trade, creating a strong incentive for Parties to comply.

The CITES Conference of the Parties (COP) has developed a complementary peer-review process—"Review of Significant Trade” (RST)—to identify and assess species that may be subject to unsustainable levels of trade and recommend remedial actions.

There have been mixed results though, with research on RST processes for other marine species highlighting a lack of metrics to track progress, potentially overly demanding recommendations, and insufficient consultation with relevant experts. Furthermore, some major exporting Parties have feigned compliance by unilaterally declaring an export suspension without any intention of enforcing it, thereby allowing illegal trade to continue unabated.

The RST process could be improved by shifting the focus away from tick-box outputs to concrete outcomes (e.g. management policies and protected areas) and impacts (e.g. population recovery). RST recommendations should be tailored to the specific Party-species pairing, with clear metrics, a formalised role for experts, and a funding mechanism.

International trade, by its nature, involves at least two Parties—an exporter and an importer. Disregard for CITES provisions by one Party therefore requires the cooperation (or at least negligence) of another Party, as both are required to report trade transactions.

“Introduction from the Sea” (IFS)3 is different as it does not necessarily require trade between two Parties. Instead, a Party “trades” with ABNJ itself, with CITES placing a unilateral obligation on the Party to ensure sustainability and legality.4 This peculiarity may in part explain why Parties took 40 years to agree on a common interpretation and operationalization of the provisions through a resolution5 and why implementation remains limited.6

The IFS provisions effectively give CITES a mandate to regulate the collection (and subsequent international trade) of MGRs from listed species in ABNJ. The current BBNJ draft Agreement shares many characteristics with IFS, requiring Parties to enact domestic measures to regulate the collection of MGRs from ABNJ, including by establishing a permitting system, and a unilateral reporting system to the Secretariat.

Based on CITES’ experience, BBNJ negotiators may wish to consider different chains of custody through which MGRs are collected and how permitting/reporting would work in such cases.7 The BBNJ Agreement could develop peer-review mechanisms for situations where two or more States are involved in the chain of custody (e.g. where MGRs are collected by a vessel from one State and landed at a port of another, or where they are transshipped from vessels flagged to different States). For one-State “transactions”, the Agreement could include other monitoring mechanisms.

After almost 50 years, CITES continues to evolve, maintaining relevance and effectiveness, all while attracting strong support and buy-in from Parties and stakeholders. This has been enabled by continuous monitoring and review of legislation and trade by the Secretariat and Parties, as well as the provision of a forum for discussion through the Standing Committee. The success of CITES’ collaborative approaches to advancing implementation, complemented by compliance measures as a last resort, can provide inspiration as negotiators look to build a future-proof treaty for the global ocean.

With a significant part of the current draft text of the BBNJ Agreement still in brackets and the negotiations being delayed, negotiators should make use of this new time frame to clarify how the BBNJ Agreement will coordinate with existing bodies such as CITES to deliver an effective ocean governance framework.

Planetary governance for a sustainable recovery: Next generation multilateralism 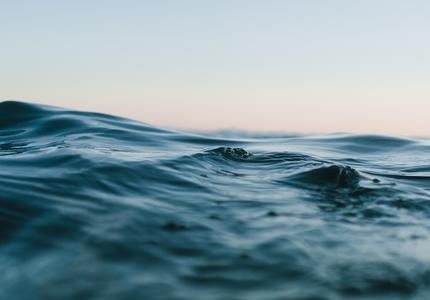 Humans will always have oxygen to breathe, but we can’t say the same for ocean life