At the end of 2017, after several years of scientific debates, legal controversies and political wrangling, the General Assembly of the United Nations launched a new initiative to address the increasing number of threats to marine areas beyond national jurisdiction (ABNJ)–commonly referred to as the “high seas.” As a result, negotiations will commence in 2018 to draw up an inter- national legally binding instrument for the conservation and sustainable use of marine biodiversity in these areas, which cover nearly half of the Earth’s surface and which contain an exceptional level of biodiversity, currently under threat by an increase in poorly-regulated human activities.

Almost ten years ago, IDDRI launched an Ocean programme to move towards better high seas governance at the international as well as the regional levels by examining the economic players and dynamics (ex: fishing, offshore oil and gas activities) and enhancing coordination of the high seas agenda with other global issues (Paris Agreement, SDGs).

With regard to the upcoming UN negotiations on high seas, IDDRI sought to provide the various actors involved in the preliminary negotiations with analyses on the gaps in the existing framework and potential pathways for the governance of these areas moving forward. 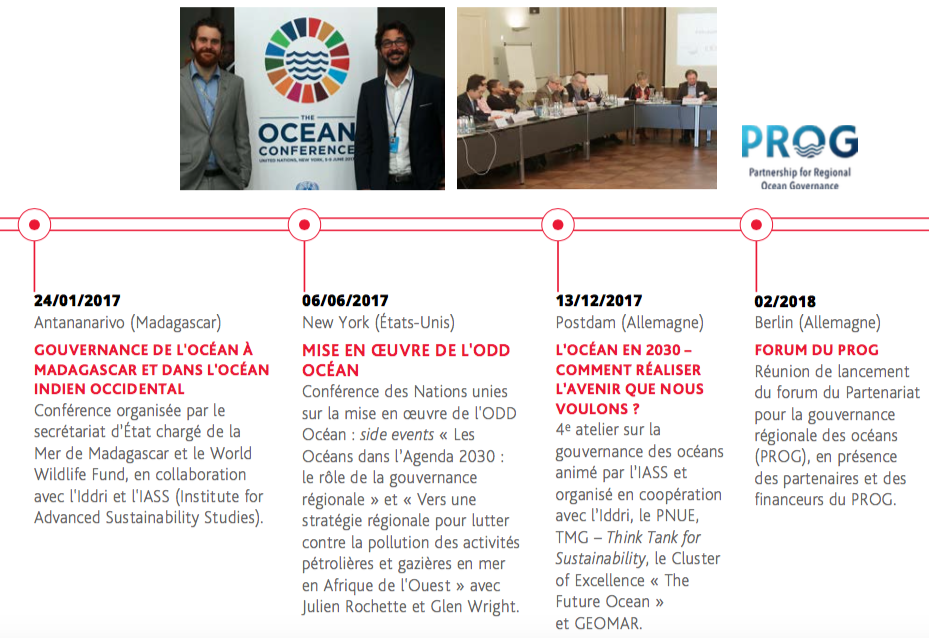 To this end, IDDRI published a number of issue briefs analysing the various components of the agreement and exploring the necessary institutional arrangements, particularly in support of better coordination between the regional and global levels. By providing national delegations with new insights and bringing together the stakeholders of the French community through the National Informal Working Group on High Seas, IDDRI has, along with civil society actors, contributed to building a groundswell which has culminated in the official launch of negotiations.

Report
May 2017
Read also
The Ocean Dimension of the 2030 Agenda: Conservation and Sustainable Use of the Ocean, Seas, and Marine Resources for Sustainable Development

Naturally, IDDRI will continue to invest its efforts on this issue and seek to inform the negotiations of the future agreement. The main aim will be to highlight ambitious options for the substance of the agreement, especially the components concerning protected marine areas and coordination with existing organisations and instruments. In partnership with other think tanks and research institutes, IDDRI will organize a series of events (in New York and in Paris) to explore feasible pathways towards the drafting of the agreement. In addition, as part of the STRONG High Seas project, IDDRI will particularly focus on potential linkages between the future agreement and existing regional organisations with mandates on marine environments. Finally, thanks to a partnership with the French Biodiversity Agency (AFB), IDDRI will con- tinue to lead the National Informal Working Group on High Seas.

<<  Back to All the impacts