Innovation, commonly considered in its technical dimension, is a major vector for the transformation of society. It is often seen as a driving force for progress and, as such, as a response to societal problems, particularly environmental ones. However, the potential of each innovation is by nature uncertain: it is difficult to anticipate what the real uses of an innovation will be and therefore its environmental, but also economic and social consequences. In a context where public authorities are called upon to act in the face of environmental emergencies, are they legitimate to act to frame innovation? This blogpost shows that this is possible, provided that the dominant discourse, which challenges this legitimacy, is put into perspective and that new approaches are used in innovation policies.1

As part of the initiative "Linking digital and ecological transitions", IDDRI explored the promises and risks associated with digital innovations, and proposed policy frameworks. Our analysis of autonomous mobility has shown in particular the importance of not leaving the development of these technologies in the hands of innovators alone: several forms of autonomous mobility can develop with very different impacts in terms of sustainable development, and this development raises long-term infrastructure financing issues that concern us all collectively. However, we have observed the difficulty of establishing the legitimacy of public action that would act upstream of innovation, rather than downstream, and more generally to speak differently of innovation.

A dominant discourse that restricts the place of public action

In the perspective of a dominant discourse mainly driven by innovative companies but also by policymakers, the evolution of innovations in markets would be a natural and spontaneous process in which no action should be taken. Thus, public authorities should simply promote innovations and manage their consequences. Innovation is seen as a race in a context of global economic competition, where the objective is to "meet" the innovation challenge and build acceptability among the population. In this pressing context, questioning the very meaning of innovation seems excluded, as the market is perceived as being able to select the most economically efficient solution. This vision embodies a superficial separation between technical and social aspects; technological changes in mobility for example (car system, speed trains, etc.) do have a profound impact on lifestyles.

Other narratives are possible, which give another place to the public actor and the citizen

Mariana Mazzucato2 helps to deconstruct one of the myths about innovation, which consists in presenting entrepreneurs and venture capitalists as the main actors of innovation, and the public actor as a bureaucracy that hinders innovation. On the contrary, her work shows for instance that the American administration has played a predominant role in the development of certain emblematic innovations, and has taken risks to do so. This historical construction of alternative discourse legitimates more interventionist public actions in terms of innovation, including for a project like the Green New Deal, as discussed in the United States.

It should also be reminded that neither the market nor innovation are "fallen from the sky" objects: they are socially constructed, shaped and dominated by certain actors in society. The market is not the result of a "natural" process and there is no technological determinism, so society is legitimate to act. And this concerns in particular the citizen, for whom the dominant discourse proposes a very simplistic vision: he is above all a consumer who must be convinced. The sociologist Dominique Boullier3 thus pleads to restore its place in the context of contradictory debates on innovation, particularly digital innovation. In addition, some authors,4 observing the destabilising nature of technologies for society (particularly on employment), defend the idea that the State can interfere in order to direct towards the development of socially profitable technologies.

Charles Edquist, an innovation researcher and member of the Swedish National Council of Innovation,5 is developing a new approach to public innovation policies that reverses the dominant linear R&D model.6 The idea is to stop setting the sole goal of developing innovations, and therefore to focus only on supply, in order to work also on demand. To implement this reversal, he recommends that the public authorities set themselves objectives that do not presuppose the solution but that reflect political priorities, and then make public procurements that help to achieve these objectives. Not specifying the solution is essential to allow new ways of solving problems to emerge.

The example of autonomous mobility

The table below illustrates some alternative approaches in the case of autonomous mobility.

As doubts arise about the imminent revolution in autonomous mobility,7 these approaches, by replacing the public actor upstream, also have the merit of avoiding the trap constituted by the promises of private actors, a powerful phenomenon that tends to put public actors on the defensive, but which can also turn against innovators,8 by questioning them concretely in a process of request and local testing. In this sense, the Gothenburg approach, in particular, has a more general scope, because while the autonomy revolution may not take place, mobility, like other sectors, is full of innovations to be collectively organised for a more sustainable future. 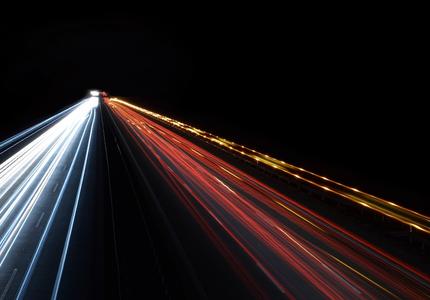 The role of technology in the low-emission transition: Insights from the 1.5C IPCC Report

Food security as a global problem

Which path for sustainable and inclusive autonomous mobility?