In recent years, several citizens’ initiatives–such as the Citizens’ Convention for Climate (CCC) in France and the European citizens’ initiative for the implementation of a European Eco-Score – have expressed the wish to see a clear indication of the environmental impact of products to help facilitate more responsible consumption choices. In order to address this demand, as reflected in the French law on the Fight against Waste and the Circular Economy and on Climate and Resilience, French public authorities have conducted a pilot project aimed at developing proposals for an environmental labelling scheme this year. As we enter the phase of synthesizing the results of this pilot project and begin the process of political decision-making, this blog post reflects on the key challenges posed by the development of such a tool and on the progress that offers hope for a sufficiently robust and ambitious environmental labelling scheme to be rolled out in the short term.

From the product to the agri-food system

The construction of an environmental labelling indicator is currently based on the Life Cycle Assessment (LCA) methodology, which is common and standardised at the European level. It considers the different stages of a product’s life and their respective impacts on the environment. While the application of the LCA methodology to the food sector is thus necessary, it presents three different types of challenges.

Firstly, there is the scientific challenge presented by the difficulty of assessing the environmental impact of an individual food product without considering the total quantity produced or the agricultural system in which it is produced. For instance, the environmental impact of producing one kilogram of ham depends on the degree of concentration of pig production within a given region, given that there are natural limitations on the environment’s capacity to absorb the effluents generated. Moreover, the sustainability of a food product also depends on the degree of its “co-production” with other agricultural products, to the extent that there are interactions between different crop types (for instance, legume crops organically enrich the soil in nitrogen), as well as between crop farming and livestock production.

Secondly, LCAs also present methodological challenges stemming from the difficulty of condensing complex environmental issues requiring robust data and methodology into a single, simple, and comprehensible indicator. As such, some environmental concerns such as soil degradation, biodiversity loss and the impact of pesticides on human health and ecosystems are poorly represented by LCAs in their current form. These limitations explain the preferred approach during the pilot phase to complement LCAs with other indicators, or by adjusting the LCA process itself.

Lastly, creating an environmental labelling indicator implicitly necessitates the establishment of a hierarchy among environmental concerns. For example, the assessment of extensive cattle rearing can differ based on the end goals prioritised. If the objective is to combat the production of greenhouse gases, then cattle numbers must be radically reduced to limit resulting methane emissions. If, on the other hand, other planetary boundaries are considered–such as the management of the nitrogen cycle, biodiversity preservation and water management–then extensive cattle rearing would be evaluated differently, given its contribution to increased soil fertility through animal waste and the maintenance of highly biodiverse permanent grasslands.

A convergence towards a protein transition, but with different approaches

In order to take all these three challenges into consideration, it is important to understand that behind LCA methodologies, which function at the level of the product, lie fundamental questions regarding the food regimes that are to be promoted, which ultimately implies an evaluation of the agri-food system underlying those regimes. These questions are crucial to the way in which environmental labels will influence consumers and producers and cannot be resolved purely at a technical level, as they necessarily imply certain choices at the political level. A recent study published by IDDRI aims to examine the interactions between these different levels of decision-making. The study proposes a new analytical framework aimed at identifying the various food regimes and the agricultural systems implicitly promoted by the different environmental labelling proposals in the recent pilot project.

By clarifying the different environmental labelling proposals put forward, the study shows that they all converge towards the need to encourage a reduction in the production and consumption of animal proteins and an increase in that of plant-based proteins, which is an essential component of the transition. However, the study also brings to the fore differences in the assessment of products of animal origin. These are partly linked to technical and scientific limitations arising from the difficulty in accounting for all their positive and negative impacts, and partly to differing visions on what constitutes a sustainable agricultural system, with each vision prioritising environmental concerns differently. For example, Planet-score, which takes an agroecological approach to the transition, encourages the consumption of bovine meat resulting from extensive cattle rearing systems more than Eco-score does. Agroecology aims at reducing the use of nitrogenous fertilizers as much as possible, and thus requires the maintenance of extensive cattle livestock for its contribution to the organic fertilization of soil. It also places considerable importance on the protection of biodiversity afforded by permanent grasslands, which are also sustained by extensive cattle rearing.

Moreover, the incentives given by environmental labelling at the product level are not always coherent with the actions necessary for a more holistic transformation of the food system. For instance, milk products get higher scores in LCAs than beef meat, but from a systemic point of view, milk production is inseparable from dairy cow or goat rearing. It would thus be impossible to radically reduce livestock numbers as recommended by the LCA while maintaining the same levels of dairy consumption (implicit in a reading of their relatively higher score).

Taking a step back to facilitate political decision-making

The methodological discussion on environmental labelling reflects one of the main divides in the debate on the agricultural transition. On the one hand, we have a more extensive agroecological model that prioritises the complementary roles of crop production and animal rearing to enable a reduction in the use of nitrogenous fertilizers; and on the other hand, we have an approach of relative continuity of the current intensive system of agriculture. The first approach requires significant changes in the consumption of products of animal origin to transition towards another agricultural model, while the second approach simply implies supporting intensification to reduce the pressure on the environment. In our view, a discussion around these competing visions of the transition seems indispensable to effectively completing the process of environmental labelling.

In the context of environmental labelling schemes, these alternative models would translate into different choices of complementary indicators and their appropriate weighting, as well as through varying adjustments made to the LCA framework. IDDRI’s study demonstrates the need for political arbitrage in addition to technical solutions on these various issues. It offers an approach which enables a broader perspective on the methodological challenges posed by LCAs and thus contributes to a convergence around an environmental labelling scheme that is sufficiently robust and operational for the transition. This seems achievable to us in the short term. In so doing, we hope to limit the risk of multiplication of different environmental labels or a delay in their implementation, as has happened in the past. Further delays in the operationalisation of environmental labels would go against the urgency of the transition as well as the growing social demand from consumers for such a tool, especially since this demand is further taken forward and amplified by digital platforms aimed at helping customers make more sustainable consumption choices.

Modelling an agroecological UK in 2050 – findings from TYFA-REGIO 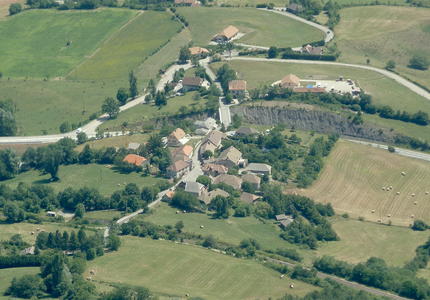 The Farm to Fork strategy: an ambitious and realistic innovation pathway for the European food system

Replay: "Beyond land-use emission reduction targets - how to take stock of climate ambition and sustainability in the land use sector?"