On 4 October 2020, Le Monde published an article on the energy efficiency of Germany’s building stock, claiming that consumption has not been reduced, that energy retrofitting policies have failed, and that the sector’s CO2 emission reduction targets were unlikely to be achieved. Given that Germany is often cited as a source of inspiration in this respect, as indicated by the High Council on Climate's recent report, how should we interpret these assertions? And what lessons can be learned by France? Andreas Rüdinger, a specialist on the issue in both France and Germany, and an IDDRI research associate, analyses the issue.

The article in Le Monde, which is based on a presentation by the German Federal Association of Housing and Real Estate Companies (GdW), highlighted the fact that the billions invested in energy renovation have not had a noticeable effect on the sector’s energy consumption and CO2 emissions, particularly during the last ten years.

This very negative assessment, however, does not seem to reflect the statistics,1 shown in the graph below, which compare how a number of indicators have changed during two time periods (1990-2008 and 2008-2018) to verify in particular the hypothesis that there has been a “stagnation” in terms of energy efficiency improvement over the last 10 years.2

So, what should be the take away message of this data analysis? Firstly, that a failure in the performance of energy renovations in Germany over the last 10 years does not seem to be borne out by the data. In reality, the annual GHG emissions reduction rate has actually accelerated significantly over the last 10 years, as shown in the table below.

Regarding the final heating consumption per m² indicator used by the GdW and in the article in Le Monde, a slight slowdown in the rate of improvement over the last 10 years can be observed, although this does not equate to a stagnation. The impact of corrections for climate variations can also be noted: in “real” terms, final energy consumption per m² has fallen much faster over the last ten years than previously (last column in the table). While deciphering the change in this indicator remains difficult and requires specific analysis, it must be emphasized that this indicator does not reveal much about the efficiency of energy renovation, since it concerns the entire residential stock and not only the buildings that have been renovated.

The economics of energy renovation: a difficult debate

The article in Le Monde also stresses that energy savings do not compensate for the cost of work. Worse still, that energy retrofitting could act as a driver of rent increase, often disproportionately. These claims, however, are not backed up with any explanations or sources,5 and the assessment of the economic risks of energy renovation is as controversial as it is complex, and deserves greater transparency and objectivity.

At first glance, it seems essential to clarify the scope of the “costs” and “benefits” considered. Numerous studies (in France and Germany) have based their calculations on “full investment cost”, which means that all renovation costs are associated with the objective of improving energy performance.

In other words, this approach overlooks the fact that the majority of investments actually constitute maintenance or modernization expenditure, the primary purpose of which is not to improve energy performance: windows are changed because they are outdated; boilers are replaced because they break down; and facade renovation is primarily based on aesthetic considerations.

However, to analyse the cost-benefit ratio of energy efficiency improvement, we must consider the additional costs that are directly related to improving energy performance: wall and roof insulation is one of these costs, along with the additional cost of high-performance windows as compared to “standard” windows, of a highly efficient boiler compared to a mid-range boiler, etc.

Are energy efficiency improvements “profitable” for both landlords and tenants?

DENA, the German Energy Agency, found the following interesting results when distinguishing between these two types of costs, and analysing the feedback from 350 energy efficiency renovations in rental buildings:

Is the 2030 emission reduction target for German buildings unattainable? Should we “abandon energy renovation and increasingly expensive insulation and opt for decentralized low-carbon energy production”, as the Director of GdW seems to suggest?8

In Germany, as in France, the findings seem clear: a continuation of the current trend would mean that achieving emission reduction targets for buildings (67% reduction for Germany, 53% for France by 2033) would be very difficult. However, these targets would not be unreachable if there was a major acceleration in energy efficiency improvement, and if incentives and regulatory policies were to be consistently strengthened.

As the High Council on Climate states in its report “Rénovons mieux : leçons d’Europe” (Better renovation, lessons from Europe), this requires, first and foremost, a rapid increase in the number of high-performance energy renovations, based on several complementary levers:

Although highly ambitious, this agenda also has very positive aspects. The dilemma between demand management and energy decarbonization, which is so often in the media spotlight, is no longer relevant: faced with the dual objective of climate neutrality and a just transition, all levers for action must be mobilized to the full extent of their potential. 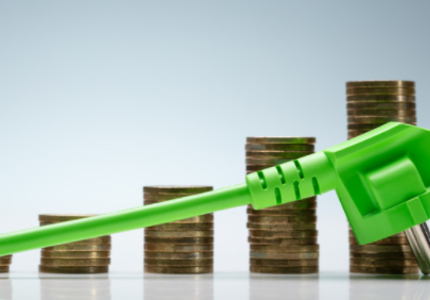