In France and around the world, the development of renewable electricity has so far been largely based on public support mechanisms. These mechanisms generally finance the difference between the remuneration of their production on the wholesale market and the purchasing price guaranteed by the State to the renewable producer. While the French multiannual energy programming (MEP) aims to triple wind and photovoltaic production capacities in ten years and production costs of these technologies are expected to fall further, how much public financing will be needed to ensure the development of renewable electricity production? IDDRI and Agora Energiewende are releasing an evaluation and open access calculator based on three reference scenarios for the evolution of the French electricity mix to assess this need by 2040.

First, a clear pattern emerges. The significant reduction in the production costs of wind and photovoltaic technologies will facilitate their development at a lower cost for the public budget. The results of recent tenders gave strike prices for guaranteed contracts close to 6 c€/kWh for ground-based photovoltaic plants and onshore wind power when the Dunkirk offshore wind tender, scheduled to come into service in 2027, reached a record level of 4.4 c€/kWh. At these levels, close to or below electricity market price levels (5 c€/kWh on average in 2018), the difference between the guaranteed prices for renewable producers and their revenues from the market would be much smaller than in the past and, in some cases, negligible. These support mechanisms could even become a source of funding for the public budget in certain cases and for certain technologies, if market prices rise persistently above the prices guaranteed to renewable producers.

For public finances, this is good news. In a medium scenario, focused on the objectives of the MEP, the French electricity mix could include 60% renewables in 2040 compared to 21.1% in 2018, with a limited need for renewable electricity public support. This support would reach a peak of 6.5 billion per year in 2025 compared to 5 billion today, before decreasing sharply from 2030 onwards when the purchase contracts signed since 2005 begin to expire. By way of comparison, public financing for renewable energies could reach €23 billion in Germany in 2025 (15.7 in 2030), well beyond the maximum that the French trajectory would ever reach. In addition, only one third of these public financing needs between 2018 and 2040 would be associated to new renewable generation capacity, the remaining two thirds coming from past commitments for generation capacity already commissioned or for which guaranteed prices have already been set. Does this mean that it is time to cease support mechanisms for renewable energy?

Our analysis recommends a cautious approach to this issue. First, it shows the importance of the evolution of the market price of electricity and, more specifically, market remunerations for renewable energy projects in defining their public financing needs. These developments depend on a large number of factors related to the transformation of the electricity system in France and Europe, both in terms of supply (growth of renewable energies, evolution of nuclear energy) and demand (new electrical uses, efficiency gains) and energy and CO2 prices. The comparison of two scenarios produced by Ademe (Agence de l'environnement et de la maîtrise de l'énergie) with a more or less significant extension of the nuclear fleet shows in particular that the public financing requirement peak would be 1.2 billion euros higher in 2030 if the entire historical nuclear fleet were extended by 20 years due to its depreciative effect on electricity market prices, even in the case of a lower development of renewable capacities. In order to limit the need for public support, the balance between different production technologies will be key to limit the need for public support, and thus the growth of renewable electricity should be linked in the long term to a reduction in the nuclear fleet.

Secondly, despite recent industry progress, support mechanisms provide a guarantee that remains determinant in reducing the financing cost (and therefore the cost of production) of renewable energy even in the case of low public finance needs attached to their development. A pragmatic approach would therefore consist in a gradual modification of support schemes, which could involve a reduction in the duration of guaranteed contracts or limiting the support to certain production volumes in order to gradually hand over the counterparty risk to private actors for mature technologies. Finally, nothing would advise against public authorities continuing to support innovative projects or citizen renewable energy projects if they consider their long-term or immediate co-benefits for the society are worth it.

Energy transition in the power sector in France and the EU

A minimum carbon price for the European electricity industry: what for? And how? 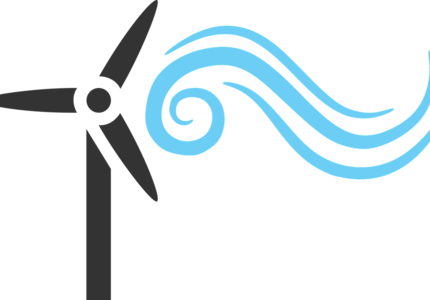 Energy Transition - What Role for Coal ?