The climate change-biodiversity nexus reveals the key role Non-State Actors (NSAs) and in particular subnational governments have in (1) implementing on-the-ground measures that jointly address climate and biodiversity (e.g., nature-based solutions, NBS), (2) responding to rising land-use tensions between agriculture, biodiversity conservation and bioenergy, and (3) advocating for coordinated responses to these two crises at national and international levels. Amidst the development of post-COVID-19 recovery plans, the preparations for CBD COP15 and UNFCCC COP26, the growing political momentum for convergence between the international climate and biodiversity agendas, and the greater integration of subnational actors in the Post-2020 Global Biodiversity Framework, the timing is right for subnational governments to step up, mainstream NBS implementation and demand greater climate-biodiversity policy coherence and resources at national and international levels.

This blogpost summarises the webinar discussion that took place on 19 May 2020, co-organised by IDDRI and the Edinburgh Process for Subnational, Regional and Local Governments on the development of the Post 2020 Framework. For the video recording and the presentations, see here.

Subnational governments on the frontline against climate change and biodiversity loss

Subnational governments play a key role in implementing NBS such as biodiversity conservation and restoration, sustainable agriculture and forestry, and urban green infrastructure. NBS have demonstrated benefits for ecosystem conservation, climate adaptation, as well as for climate mitigation—by increasing carbon stocks in the ground and in terrestrial biomass, it has been estimated that NBS could deliver the equivalent of up to one third of GHG emission reductions needed to reach the 2°C Paris Agreement goal (Griscom, et al., 2017). Subnational governments can draw upon various tools to mainstream NBS, including their direct control over spatial management in their jurisdictions, as well as on legal and economic incentives such as taxes to promote biodiversity-friendly land uses.

To maximise climate-biodiversity synergies, subnational governments should also prioritise ambitious economy-wide GHG emissions reductions, especially through decarbonising their energy usage and transportation sector, reducing energy demand, and promoting sustainable consumption, including through public procurement policies. As detailed in this IDDRI Study, ambitious climate mitigation is key for the climate-biodiversity nexus given that, the more drastically GHG emissions are reduced today, the better we can avoid having to depend by mid-century on large-scale carbon-dioxide removal in order to reach the 1.5°C /2°C goal, which would come at great cost to biodiversity. Particularly concerning is the projected scale of BECCS (bioenergy with carbon capture and storage) deployment in some 1.5°C IPCC scenarios: in one scenario, to compensate for weak GHG emission reductions in the 2020s and 2030s, by 2050 30% of global agricultural land is used for bioenergy crop production—an area the size of India. This is set to severely aggravate land-use conflicts between agriculture, biodiversity conservation and bioenergy, especially in the tropics, thereby increasing the amount of food insecure people by 150 million (IPCC Special Report on Climate Change and Land), and to encroach upon biodiversity hotspots.

Given subnational governments will be directly confronted to these rising land-use conflict, it is in their direct interest to put in place ambitious climate mitigation actions today and to strongly advocate ambitious climate and biodiversity action at the national and international levels. Thereby, subnational governments would contribute strongly from the bottom-up to a greater convergence of climate and biodiversity policies.

Drawing from subnational governments experience and challenges on the ground

Subnational governments are experimenting with innovative measures and joint efforts to tackle both climate change and biodiversity loss and avoid trade-offs; these efforts should be scaled up. Scotland, for instance, has been leading on peatland restoration in the United Kingdom and Europe. Peatlands represent an important ecosystem in Scotland, containing highly-specialised species while also absorbing large amounts of carbon. With 80% of its peatlands being damaged, Scotland has implemented a Peatland Strategy and committed through its Climate Change Plan to restore 250,000 ha by 2032. Peatland Action, a programme led by the Scottish government, guides on-the-ground implementation through science and policy integration. A research hub supports the delivery of restoration objectives and establishes crucial dialogue between scientists, landowners, practitioners, governance bodies and policymakers. Together, they are conducting national and international outreach of their peatlands restoration work as a NBS for climate and biodiversity (including advocating for the creation of a UNESCO World Heritage Site), and to ensure funding commitments on similar action plans. Similarly, the Atlantic Forest Great Reserve initiative in Brazil operates as an umbrella framework to ensure ecosystem services and enhanced carbon sinks, cooperating with three states and 42 municipalities to implement NBS in the Atlantic Forest, a biodiversity hotspot where 70% of the Brazilian population lives. The Atlantic Forest may, however, face great land-use conflicts in the future, especially if bioenergy is deployed at a large scale for mitigating climate change (Hoff et al., 2018).

Greater and more integrated multi-level interactions ensure that subnational governments practices and lessons learnt on the ground are properly shared and discussed with higher levels of governance. It is also crucial for national governments to properly consult with the subnational level when formulating and implementing their national climate and biodiversity strategies and policies. Some government have decided to start taking this path. France, for instance, has adopted a tailored approach to implementing the Biodiversity Law and is launching a consultation process with regional agencies to formulate its new National Biodiversity Strategy and Action Plan (NBSAP). National governments are also key in ensuring consistency and complementarity between climate and biodiversity strategies and their implementation. In Costa Rica, the government has integrated NBS in its updated climate NDC and Long-Term Strategy (LTS), and is assessing through a survey local NBS implementation, to feed into a national carbon neutrality programme.

The best practices, multi-level interactions, and challenges that subnational actors face on-the-ground should be discussed at the international level, together with enabling conditions and means of implementation. Over time, subnational governments have established regional and global networks to share those lessons and increase mobilisation. Platforms are progressively included in the international governance process, expressing a common voice during negotiations. In a similar vein, COP21 translated the necessity to mobilise NSAs into the creation of a Climate Action Agenda for NSA commitments and engagement. The CBD COP14 followed the way and the nascent Biodiversity Action Agenda has great potential to reinforce coordination around global targets. To stimulate the climate-biodiversity convergence, however, it is even more crucial that subnational governments voice their diverse realities, especially on growing land-use conflicts, to be taken into account by the international community. Subnational governments are and will increasingly face the direct consequences of national and international inaction or disconnected strategies. They should therefore use official channels of consultation such as the Edinburgh Process, as well as regional and global networks of subnational governments (such as Local Governments for Sustainability – ICLEI) to consistently express their needs to build more resilient societies and advocate States to implement high coordinated climate and biodiversity ambitions.

It is in subnational governments’ direct interest to strongly advocate for resilient COVID-19 recovery plans that include ambition climate mitigation, so as to avoid locking-in the world into a high GHG emissions pathway, with the risk of recurring later on to biodiversity-harming climate ‘solutions’ such as large-scale BECCS, or other kinds of bioenergy. COP15 and COP26 represent another essential window of opportunity in 2021 to concretely propel greater biodiversity-climate convergence between Conventions, in view of enabling more coordinated national implementation. In that perspective, it is imperative that subnational governments be not just consulted but also better integrated into the implementation process, and that States and delegations, along with global and regional networks, reflect their voices. Multi-level interactions should also be explored more deeply, to help delineate clearer roles for each governance level. 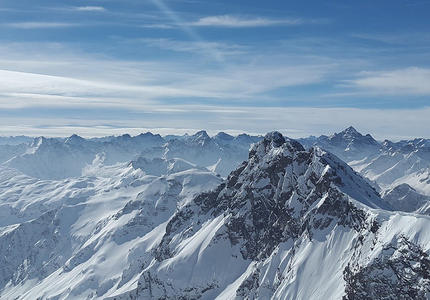 What political leadership to make a key international year for climate and biodiversity a success?