The Green Deal, proposed by Ursula Von der Leyen's Commission, sets the guidelines for an ambitious project for the whole European continent: ensuring a just transition to a carbon-neutral society that preserves ecosystems. Its success can only be achieved by aligning all sectoral policies towards this objective. In this perspective, the reform of the Common Agricultural Policy (CAP) appears to be an essential part of the implementation of the Green Deal, due to its importance both globally (it represents the largest EU budget item) and sectorally (it has structured the transformations of the European food system since its launch in 1962). This blogpost identifies three inflections that are necessary for the CAP reform launched in June 2018 to fully play its role as a "catalyst" for the Green Deal.

Achieving the objectives of the Green Deal: a necessary transformation of the European food system

Building on the recent findings of the IPCC (Special Report on Land) and IPBES (Global Assessment), the Green Deal underlines the need to transform the European food system to meet the objectives of carbon neutrality and ecosystem conservation. The European Farm to Fork Strategy for Sustainable Food, to be published next March, should serve as a catalyst for these transformations, in line with the renewal of the Biodiversity Strategy, which gives a central place to the food system. In addition to the need to reduce the sector's emissions, which are covered by the climate component of the Green Deal, these two documents (Farm to Fork and Biodiversity Strategy) must in particular make it possible to set ambitious targets in terms of :

From the Green Deal to CAP reform

The ongoing CAP reform will play a crucial role in achieving these targets—although the final level of ambition is not yet agreed. Indeed, it is at the level of the CAP that the strongest financial levers are to be found in order to initiate the necessary transformations. To understand the stakes of this reform in the face of the Green Deal's objectives, it is necessary to quickly review the main provisions of the text put on the table by the previous European Commission in June 2018. This text provides for two major changes compared to the current framework. The first relates to the mode of governance, and gives Member States an extremely strong responsibility in defining the terms and conditions for the payment of CAP aid, within the framework of National Strategic Plans that will have to be validated by the Commission. The second concerns a new attempt to "green" Pillar 1 of the CAP, through the introduction of an "eco-scheme" and the strengthening of environmental conditionality. Even before the launch of the Green Deal, numerous analyses pointed out the environmental risks associated with these proposals: the lack of definition of the content and level of financing of the eco-scheme, and the weakness of the accountability framework between the Member States and the Commission have indeed led to fears of a race to the lowest environmental bid between Member States, whose producers are competing for access to the European Common Market.

The mechanisms by which the objectives of the Green Deal will be translated into the content of the CAP are at present unclear and uncertain. However, three major challenges are emerging if the CAP is to be an effective instrument at the service of the Green Deal. It is now up to Members of Parliament and members of the European Council to ensure that these issues are really taken into account.

Putting solutions on the table for more sustainable food in Europe

Replay: "How to use best the new CAP Eco Schemes?" 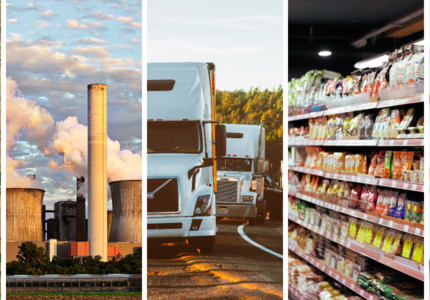 Towards a sustainable European food system: for a successful operationalisation of the "Farm to Fork" strategy

A new agricultural policy to develop organic farming: why and how?